This article follows the 20th anniversary webinar of the Center for Research on Globalization (September 9, 2021), focusing on Agenda ID2020 and its implications unfolding before our eyes. Yet for most people the implications are not visible.

What is the Infamous Agenda ID2020?

Behind its development lies the Bill and Melinda Gates Foundation – with support from the Rockefeller Foundation – and other members of the sinister agenda of digitization, depopulation and eugenics.

It is an alliance of public-private partners, including United Nations agencies and civil society.

It is an electronic identification program  that uses widespread vaccination against Covid-19 as a digital identity platform.

The privatization of your personal files may seem absurd, but the Swiss government has tried to quietly privatize an Agenda ID2020 without the consent of the citizens. But the people found out and launched a referendum against Agenda ID2020. The idea was rejected by a 2: 1 margin in July 2021.

What will happen next? Will the Swiss government respect the people’s vote or follow the Deep and Dark State mandate as mentioned above?

Germany, Austria and France – and probably other countries have implemented this ID2020 agenda by parliament or by decree – most people have no idea.

The implementation of Agenda ID2020 is linked to – or emerged from – the famous book ‘  Covid-19 – The Great Reset  ‘ by Klaus Schwab (FEM) – which, by the way, is available on Amazon (or the was, during my last check). If it was eventually removed and censored by the author himself, it wouldn’t be surprising.

In the meantime, we are literally living in a World War III scenario , where the constitutions of countries are either banned or simply overtaken by dictatorial measures that progress so rapidly that civil movements often arrive too late to intervene – simply because society Civilian – even among the most alarmist – did not notice it.

It happens in silence.

Either by decree or by co-opted and / or convinced parliaments. A sort of martial law on health is being implemented practically everywhere in the world, particularly in the West.

And most of the world ignore all of this.

The WHO vaccine passport, Vaxi-Code, is funded by the Rockefeller and Gates foundations

The Gates and Rockefeller Foundations fund the WHO guidelines for a digital international vaccination certificate , also known as a “vaccination passport”.

In the context of the coronavirus pandemic (COVID-19), the concept of digital documentation of COVID-19 certificates (DDCC) is proposed as a mechanism by which a person’s COVID-19-related health data can be documented. digitally via an electronic certificate.

A digital vaccination certificate that documents a person’s current immunization status to protect against COVID-19 can then be used for continuity of care or as proof of vaccination for purposes other than healthcare. The resulting artifact from this approach is called the digital documentation of COVID-19 certificates: vaccination status (DDCC: VS). (WHO, summary) 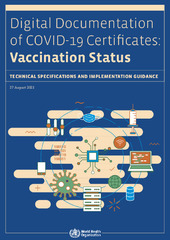 Surprisingly or perhaps not so surprisingly, the international “vaccine certificate / passport” is not funded by WHO member countries, as you would expect, but by Gates and Rockefeller. It is important to mention it.

WHO has published and distributed to all member countries August 27, 2021 Guidelines for the introduction of a “certificate / passport vaccination” international digital – as well as implementation guidelines.

As an obvious consequence, the Biden administration has issued an all-vaxx [all vaccinated]  warrant – asking all companies with 100 or more employees to demand that their employees be vaccinated, or otherwise they will be penalized. If refused, they are threatened with huge fines. The same goes for the more than two million government employees . In total, some 100 million Americans are affected by this draconian mandate. Biden follows the orders of Rockefeller et al.

This requirement will apply to more than 80 million workers in private sector companies, the White House said. …

The Centers for Medicare & Medicaid Services (CMS) will require COVID-19 vaccines for workers in most healthcare facilities … This requirement will impact more than 17 million healthcare workers in hospitals and other facilities that accommodate these patients. …

The administration will require that teachers and staff at head start programs, Department of Defense schools and schools operated by the Bureau of Indian Education be vaccinated.

Biden will also call on all states to adopt vaccine requirements for all school employees. 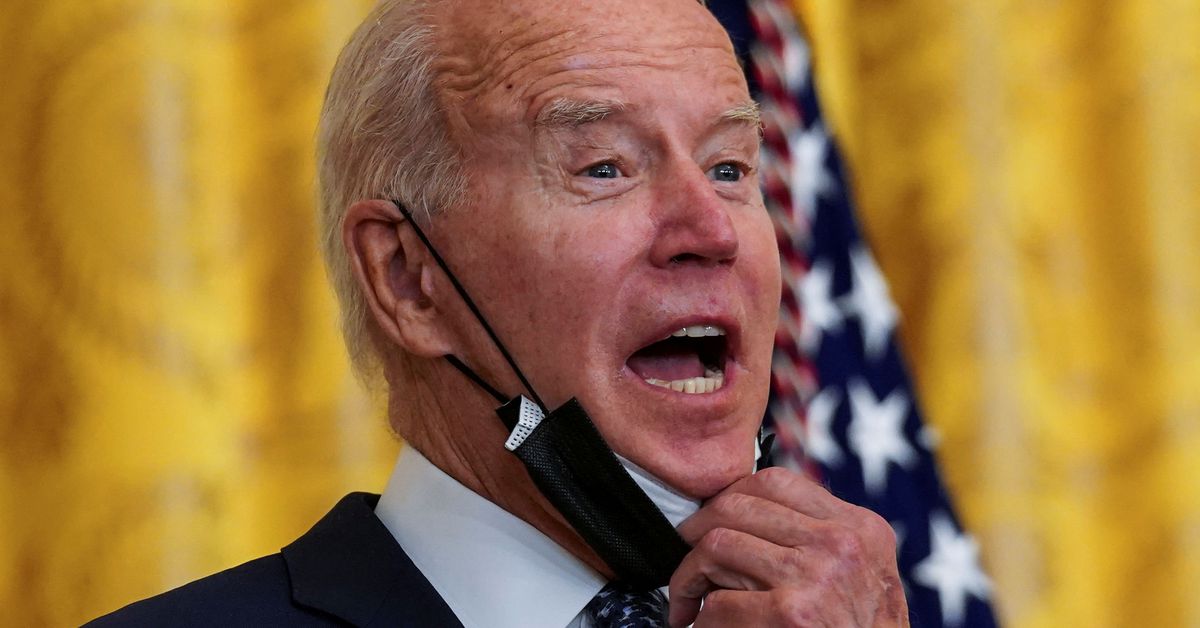 The European Union (EU) and Switzerland

This requirement of compulsory vaccination is totally contrary to the Nuremberg Code (animal testing of drugs and vaccines before their application to humans) and contradicts all democratic constitutions. The constitutions of countries all over the world are being invaded and “deactivated” by a tyranny that operates with tremendous power – death threats and arguably extremely alluring and corrupting rewards.

Never in the history of mankind has such a global dictatorship existed . It appeared in less than 12 months and has subjugated and dominated – I repeat – the 193 member countries of the United Nations, including the entire United Nations system.

The vaccination certificate / passport could possibly be integrated by chip into people’s bodies ( Klaus Schwab, WEF, in an interview given in 2016 to Swiss television in Geneva ). See this: Dr. Astrid Stuckelberger – You’re Being Chipped .

The Vaxi-Code vaccination passport can form the basis of a worldwide digital identity registration. 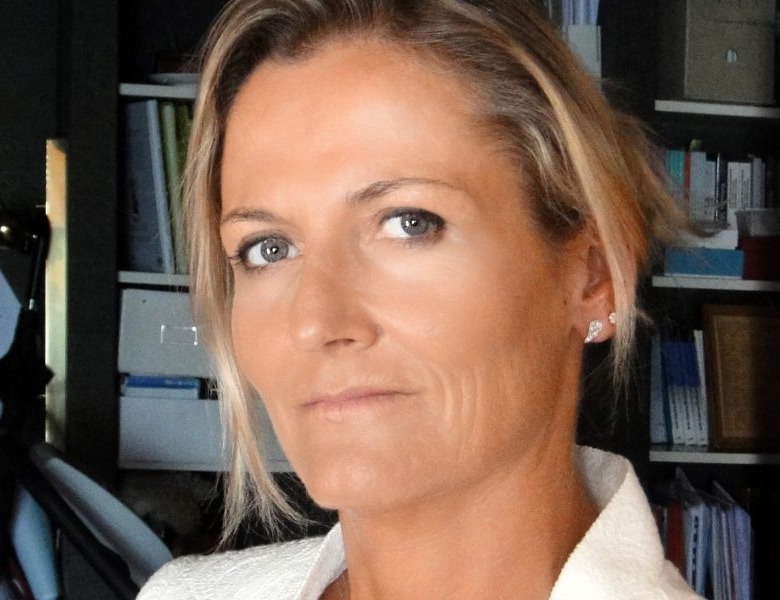 “You’re Being Chipped!” — A Swiss Medical Doctor and Former WHO Insider
Astrid Stuckelberger, a Swiss MD and former WHO insider, says mRNA-“vaccines” are bioweapons driven by an eugenics and depopulation agenda.

Incidentally, the two foundations that fund WHO vaccination certificates are headed by the world’s best-known eugenics. Gates and Rockefeller are using WHO to develop their program.

Most WHO Member States are not directly involved.

It’s also worth mentioning that the creation of the WHO in 1948 was Rockefeller’s idea, with all the money he had amassed with his standard petroleum hydrocarbon monopoly (mainly gasoline and gas), the Establishment and subsequent integration of WHO into the United Nations system was relatively “easy” – with “Money buys the UN too”.

With the WHO within the UN, an official UN agency is responsible for global health – or disease – and that’s exactly what eugenics want.

The World Bank is also a major player in this colossal criminal plan:

– to put pressure on them with “conditionalities” in exchange for financial support.

As usual. Much like the IMF – their roles are essentially the same.

In short, we are indeed living in a World War III scenario – without bombs and guns, directed against all of humanity.

An invisible virus – and which has never been isolated -: propaganda, the campaign of fear and the “vaccine” are their weapons of mass destruction – WMD.

What these measures do – “Certificate of vaccination / Passport” for injected people: it is to separate society into “vouchers”, the “vaccinated”; and the “bad guys”, those who are not vaccinated, and do not intend to have the lethal injection and therefore do not deserve the vaccination certificate / passport.

According to lying governments, the 193 UN member countries whose governments have been copied over a long period of preparation would like you to believe that the unvaccinated are a danger to society.

This is absurd, because according to the CDC, and repeated by the same UN member countries, those vaccinated also transmit the virus. What virus?

Dividing the population is a secular war strategy (at least back to the Roman Empire): ”  Divide et Impera  ” – “Divide and conquer” [Divide and conquer, Divide to conquer]. We use this strategy so that the people divide and fight among citizens, instead of fighting the common enemy which, in this false case of covid scenario, are our own governments, the 193 member governments of the UN – the do at the same time.

Agenda ID2020 is the main instrument for implementing the GEF Big Reset.

According to the Spanish research team in the fifth column , about 90% or more of the “vaccine fluid” in the mRNA formula is graphene. – Graphene is the secret of Agenda ID2020 – which was patented by Gates with a (Luciferian) patent no. 666.

Triple-six, 666, is also the chemical formula for graphene itself – 6 molecules attached in one ring, attached to other such rings. The symbol they use is 3 attached rings.

The graphene inoculated by the injection of mRNA immediately forms a neuronal net in the brain. It is a thick thread of a molecule that develops spontaneously around the brain from the graphene contained in the “vaccine”.

The electromagnetic waves emanating from millions of 5G / 6G antennas around the world are believed to convert humans into “transhumans” (a term used by Klaus Schwab , in his interview on Franco-Swiss television in 2016.

This may explain the enormous time pressure behind the vaccine project; because once you are injected with the mRNA-concoction, you are affected in one way or another. Either your health is at risk, or as Klaus Schwab pointed out, you can become a “transhuman” who can be manipulated by robots and / or artificial intelligence (AI).

So you can ask the question: ” Genocide” or “Slavery”? What are the Deep State elites planning for us?

Are the elites members or associates and adherents of the WEF and its philosophy, the banking and corporate elites?

The answer is both.

Mortality and morbidity resulting from mRNA injections associated with “slavery” or “transhumanization”, for survivors.

Everything is well thought out. For over 70 years.

“You are not alone”

During the Global Research webinar comment and Q&A session (September 9, 2021), involving 245 participants, several people seemed desperate and abandoned – what to do?

They have no one to talk to.

They don’t want the injection.

They realize that it can be harmful and deadly.

If not immediately “fatal”, there can be countless serious “side effects”, health problems that may never be cured – and most importantly, inoculation altering the experimental genes of the drug. MRNA can make women and men infertile. The latter coincides with the agenda of eugenics.

You are not alone – about half of the population of the western world has not been vaccinated.

They know the risks; they fear the risk of the injection, but they are not afraid of falling ill with Covid-19, aka SARS-CoV-2 – which, in the words of Dr Anthony Fauci, in a scientific paper reviewed by experts, are comparable to a common flu (“Covid-19 – Navigating the Uncharted”, New England Journal of Medicine – NEJM, March 26, 2020). They fear the delays of the mRNA injection.

You are not alone – there are millions, tens of millions out there feeling the same.

Start communicating with each other.

What we need is to overcome this crime of “biblical proportions”.

What we need is to develop a global movement of popular solidarity integrating all sectors of society (between the vaccinated and the non-vaccinated) with the support of representatives of the police and members of the army.

Once law enforcement officials (police) as well as the military realize that they and their families are under threat as well, they will exercise their real role of defending the interests of the people, rather than those of proxy politicians and “criminal governments”, which have only one globalist goal. The latter consists of converting the sovereign countries into a single world order, led by a small, extremely wealthy elite to the detriment of the surviving people that this elite intends to manipulate and transform with electromagnetic waves and graphene oxide injected into “Transhumans”.

We must prevent their “Divide and Impera” – “Divide and Rule” war strategy from taking hold. Instead, those who are “vaccinated” should unite with the unvaccinated in solidarity to fight the common enemy.

We can erase the orientation of Agenda ID2020 in a state of awakened solidarity.