States are split on vaccine passport mandates, with some vowing to resist and others embracing the idea as necessary for a return to normalcy, but feds insist their role will be limited to ensuring equity and privacy. They won’t mandate Vaccine Passports, but will help states, businesses and schools develop standards.

Andy Slavitt, senior adviser for the White House COVID-19 Task Force, said today the U.S. does not plan to create vaccine passports. Instead, Slavitt said states can develop their own system and the federal government will help develop standards for equity and privacy that programs need to uphold. Read here.

Dr. Anthony Fauci, chief medical advisor to President Biden, echoed Slavitt’s comments during a podcast today with the Politico Dispatch. Fauci said he doubts the federal government would be the “main mover of a vaccine passport concept” but he could see “individual entities” — such as businesses or schools — requiring vaccine passports to enter their buildings, Axios reported.

“I’m not saying that they should or that they would, but I’m saying you could foresee how an independent entity might say, ‘well, we can’t be dealing with you unless we know you’re vaccinated,’ but it’s not going to be mandated from the federal government,” Fauci said.

The Biden administration announced last week it was partnering with private companies to develop a vaccine passport system that would require Amerians to show proof of vaccination status as a requisite to “returning to normalcy”. Read here.

Division over the issue

States and congressional leaders have become fiercely divided over the issue with many claiming vaccine passports are nothing more than a power grab.

Connecticut supports spectators at large events — such as sports games — providing proof of vaccination before entering a venue, but not mandating the COVID vaccine for the general public, Hartford Courant reported. Lawmakers in New Jersey said they’re not ready to commit to vaccine passports, citing privacy concerns and how the passport could affect sporting events and jobs.

Florida Gov. Ron DeSantis was one of the first governors to speak out against vaccine passports. On April 2, DeSantis issued an executive order banning state and local government agencies and businesses from requiring vaccine passports or documentation proving that someone has been vaccinated against COVID.

“Today I issued an executive order prohibiting the use of so-called COVID-19 vaccine passports,” Desantis said on Twitter. “The legislature is working on making permanent these protections for Floridians and I look forward to signing them into law soon.”

The executive order also prohibited businesses from requiring patrons or customers to show vaccine documentation, or risk losing grants or contracts funded by the state. DeSantis said the prohibition is “necessary to protect the fundamental rights and privacies of Floridians and the free flow of commerce,” the Guardian reported. See pdf end of post. Read here.

Requiring proof of vaccination, the order says, would “reduce individual freedom” and “harm patient privacy,” as well as “create two classes of citizens based on vaccination,” Desantis said. Read here.

On March 30, the Missouri Senate passed an amendment to ban COVID vaccine passports. “Missourians should be able to travel, work, shop and go to school without the permission of COVID Tyrants,” tweeted Sen. Bob Yonder (R-Mo.), physician and lawyer.

“This bill essentially is going to rein in the government and prevent them from overreaching and overstepping like we’ve seen time and time again in the last year,” Cutrona said.

A bill introduced in the Arkansas Legislature on March 31 would prevent government officials from requiring vaccine passports for any reason, and would ban their use as a condition of “entry, travel, education, employment or services, according to the Associated Press. Read here.

GOP senators in Pennsylvania are drawing up legislation that would prohibit vaccine passports from being used to bar people from routine activities.

“We have constitutional rights and health privacy laws for a reason,” said Pennsylvania House Majority Leader Kerry Benninghoff. “They should not cease to exist in a time of crisis. These passports may start with COVID-19, but where will they end?”

U.S. Sen. Rand Paul (R-Ky.), in an op-ed published by The Hill, said the vaccine passport is the newest power grab, which would determine your social suitability to engage in everyday life. Read here.

“I say enough. I urge everyone to get the vaccine if you think you need or want it. And then I urge everyone in America to throw away their masks, demand their schools be open and live your lives free of more government mandates and interference,” said Paul. “Burn your vaccine passport if they try to give it to you, and vote out any politician who won’t do the same.”

According to The BMJ, vaccine passports are not only permissible under international health regulations, they already exist. The World Health Organization already endorses certificates confirming vaccination against yellow fever for entry into certain countries. Also known as the “Yellow Card,” the International Certificate of Vaccination or Prophylaxis functions similar to a vaccine passport, and is filled out by physicians who administer vaccines required for entry by different countries. See pdf end of post. 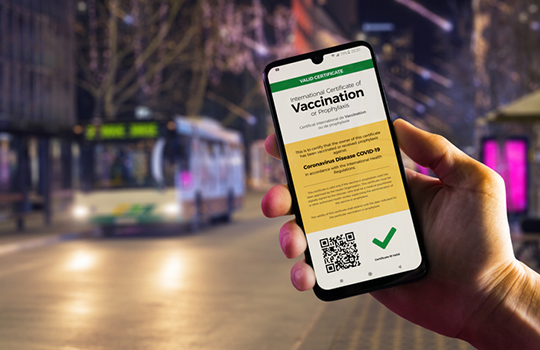 However, there are vaccine exemptions for yellow fever vaccinations, only certain African and South America countries require them, yellow fever has a higher mortality rate, the vaccine has been available for roughly 70 years and a yellow fever card doesn’t restrict the ability of Americans to transact business or travel within their own country. See pdf end of post.

Yellow fever and Max Theiler: the only Nobel Prize for a virus vaccine
In 1951, Max Theiler of the Rockefeller Foundation received the Nobel Prize in Physiology or Medicine for his discovery of an effective vaccine against yellow fever—a discovery first reported in the JEM 70 years ago. This was the first, and so ...

More than just a Vaccine Status

As The Defender reported March 29, vaccine passports are about more than just your vaccine status — they are  about your data. According to Dr. Naomi Wolf, founder and CEO of Daily Clout, vaccine passports represent “the absolute end of the line for human liberty in the West.” Read here. 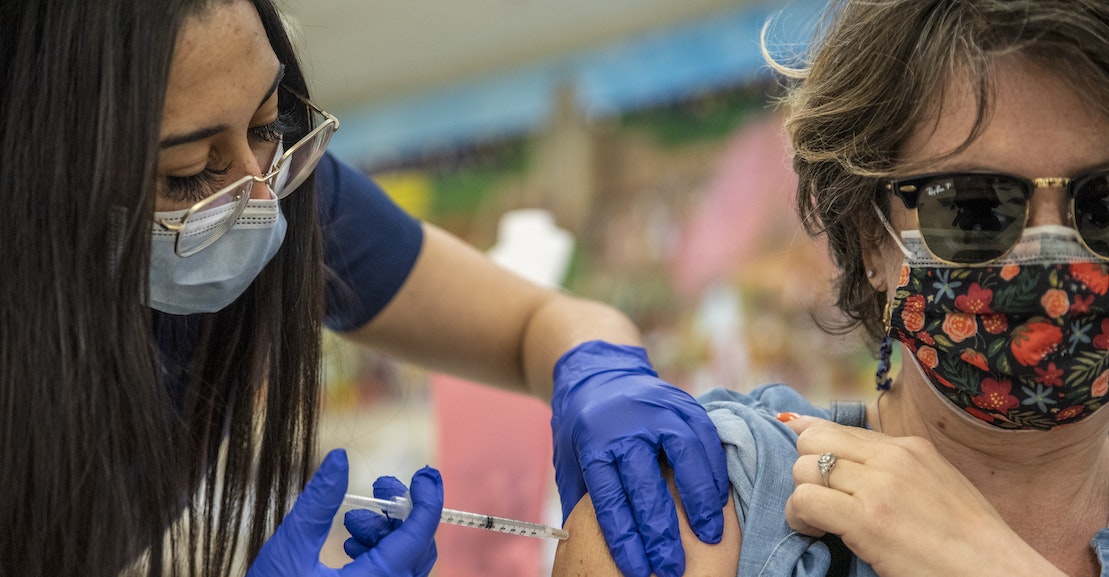 A Vaccine Passport Would Be an Ethical Disaster Right Now
For a country still struggling to vaccinate its people, vaccine passports solve the wrong problem. Private industry, desperate to reopen the economy, is pushing for them anyway.

Inspired by immunization documents that facilitate international travel, countries like Israel, Saudi Arabia and Singapore have already introduced vaccine passports while the EU  is preparing “digital green certificates” to allow vaccinated people to move about the continent, The New Republic reported.

So far no European country has mandated vaccines and many have struggled to get enough people vaccinated. The Civil Liberties Union for Europe said European country’s willingness to mandate COVID vaccines seems “very unlikely” in the coming months. See pdf end of post.

1.State of Florida Office of the Governor Executive Order number 21-81

STATE OF FLORIDA.pdf
OFFICE OF THE GOVERNOR EXECUTIVE ORDER NUMBER 21-81

4.The Civil Liberties Union for Europe about Digital Green Pass

Digital Green Pass.pdf
Use Scan QR Code to copy link and share it