Martine Wonner, 57 year old, is Member of Parliament, physician and psychiatrist. She worked as a medical consultant before working in the NGO and private sector as manager.

She has been a member of the French delegation to the Parliamentary Assembly of the Council of Europe since 2017 and served on the Sub-Committee on Children. As well as the Assembly’s rapporteur on discrimination against people dealing with chronic or long-term illness.

She did her own websiste as member of Parliament for the 4th constituency of Bas-Rhin:

Martine WONNER
To be a Member of Parliament is to exercise a mandate entrusted by the French people in the service of the general interest.

Through 2020 and 2021, French politician Martine Wonner had been excluded twice from parliamentary groups, because of her controversial position. So she announced plans to launch her own “movement”.

Last year, she founded and promotes the collective “Free Health Coordination”, a Collective that fights to let doctors prescribe early treatments against covid19, and the collective “Action Sport on Prescription” which aims to take care of citizens and connect people:

She also created the BonSens association, an association of citizens and personalities critical of the management of the health crisis. Its aim is to promote and safeguard common sense, values and the defence of freedoms in France for present and future generations.

Then, she left the association to concentrate on her parliamentary work.

“As a parliamentarian, and I think also as a psychiatrist, I have been receiving 200 to 300 e-mails a day for several weeks. Citizens who say they are lost since the confinement. They ask for clarification. So at the beginning, there is the awareness, with the health crisis, that the French are lost.”

For her, there has never been an economic, social and health diagnosis to evaluate deprivation of liberty measures. She claims that since the beginning of the COVID 19 crisis, democracy has been flouted. The executive is turning a health crisis into a security crisis. They have only one guideline, RESTORE when the priority should be to HEAL.

“It’s been more than a year that the decisions taken by the executive in a defence council without democratic legitimacy have been liberticidal. They confine us, close our shops, our leisure activities, often by incriminating us, by making us feel guilty.”

The parliamentarian has emerged as the face of the French resistance to wearing facemask, social distancing measures, lockdowns and vaccines. She also advocates for the adoption of early treatments such as hydroxychloroquine and works closely with Dr Raoult.

She is one of the most active political backers of a wave of protests against the Covid-19 health pass voted through parliament. She even told protesters to “lay siege” to the offices of lawmakers who backed the government’s Covid policies. 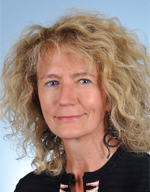 Some of her most important videos: