Dr Luc Montagnier, a French virologist and research scientist, was awarded the 2008 Nobel Prize in Medicine for his discovery of the human immunodeficiency virus (HIV). He has carried out research into the electromagnetic signals of DNA, studying the effect of these signals on water and the implications for therapeutic strategies in patients with chronic diseases.

He became an Honorary Research Director at the C.N.R.S. and then a Professor Emeritus at the Pasteur Institute in Paris where he directed the Viral Oncology Unit for many years.

He is President of the World Foundation for AIDS Research and Prevention:

World Foundation Aids Research and Prevention｜Outline of WFARP
Our foundation was created at UNESCO where they work especially to support HIV/AIDS patients in developing countries. The Japan office of our foundation is very active in the education of preventing HIV infection.

For several years he has caused consternation in the scientific community for speaking out against vaccines and for arguing that a good immune system is sufficient to protect against AIDS.

Now again he is causing public outcry in the scientific community for his radical position against COVID vaccines and for his theory on the origin of the coronavirus.

« I feel free to explore new areas, even if they are controversial »

He defends the theory that COVID-19 vaccines create new variants in various parts of the world:

“The new variants are a production and result from the vaccination. You see it in each country, it’s the same: the curve of vaccination is followed by the curve of deaths,” says Prof. Luc Montagnier.

He explains that the new variants are created by antibody-mediated selection due to vaccination. He adds that people will die of “antibody-dependent enhancement (ADE)” within a few months or years of receiving a COVID-19 vaccine.

He said that epidemiologists know but are “silent” about the phenomenon, known as “Antibody-Dependent Enhancement”.

“Mass vaccination is both a scientific and a medical error. It is an unacceptable mistake. The history books will show that, because it is the vaccinations that create the variants.”

He also states that the coronavirus is a laboratory-manipulated virus that comes from the Wuhan laboratory which has specialised in these coronaviruses since the early 2000s. He even accuses “molecular biologists” of inserting HIV RNA sequences into a coronavirus, “probably” with the aim of finding a vaccine against AIDS.

Right now in August 2021, lawyers from several countries are using his affidavits at the International Criminal Court (ICC) to accuse governments around the world and their advisers of involvement in genocide, crimes against humanity and violations of the Nuremberg Code. 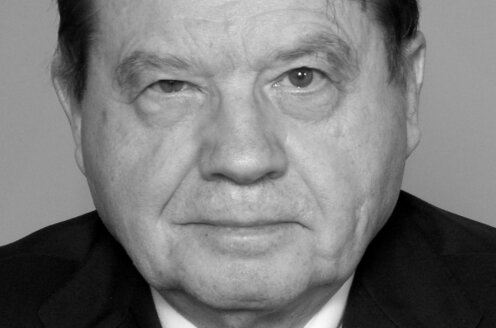