On October 13, the French Senate rejected the bill to introduce universal compulsory vaccination against Sars-CoV 2 with 262 votes against and 64 votes in favor.

Convince instead of Force

The Covid-19 vaccine will NOT be added to the list of mandatory vaccinations in France. Senators did not approve the bill presented by the Socialists on October 13. 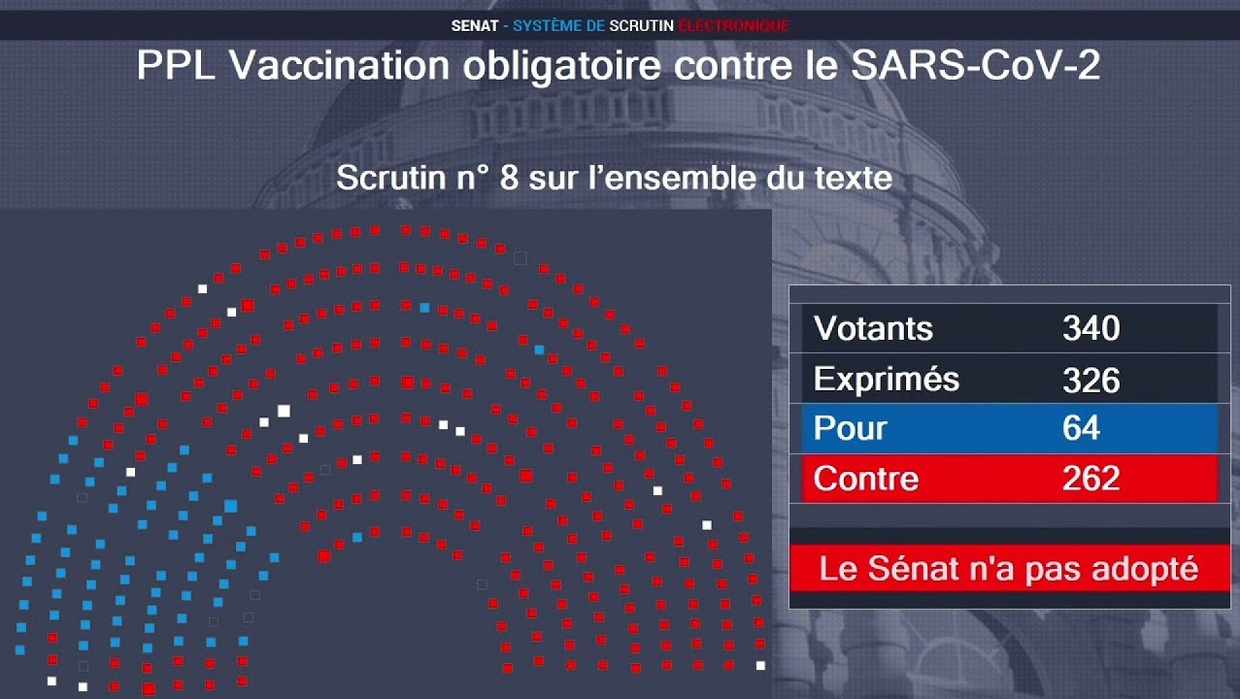 The Senate did not approve the bill that would make vaccination against SARS-CoV-2 mandatory. The text, submitted by members of the Socialist parliamentary group at the end of August, was rejected in public session by 262 votes to 64. This parliamentary initiative will therefore not proceed.

Only almost the entire Socialist Group, which is behind the text, voted in favor, with only three colleagues from the center and the right joining in. The other factions preferred to reject it. Fourteen senators of various stripes abstained. The government, through the Secretary of State for Children and the Family, Adrien Taquet, also spoke out against it, saying, “We prefer to convince rather than force.”