A supermarket advert that depicts Santa Claus only being able to enter Britain with a vaccine passport has been cleared by regulators, who insist that it doesn’t ‘break our rules’.

The short for the Tesco chain of supermarkets in Britain quickly became the second most complained about advert in history as it features the threat of Christmas being cancelled and Santa being quarantined because of COVID restrictions.

Over 5000 complaints were registered after the ad, titled “This Christmas, Nothing’s Stopping Us”, also showed Santa averting the crisis by flashing his vaccination status passport, showing that he is fully vaxxed against the virus. 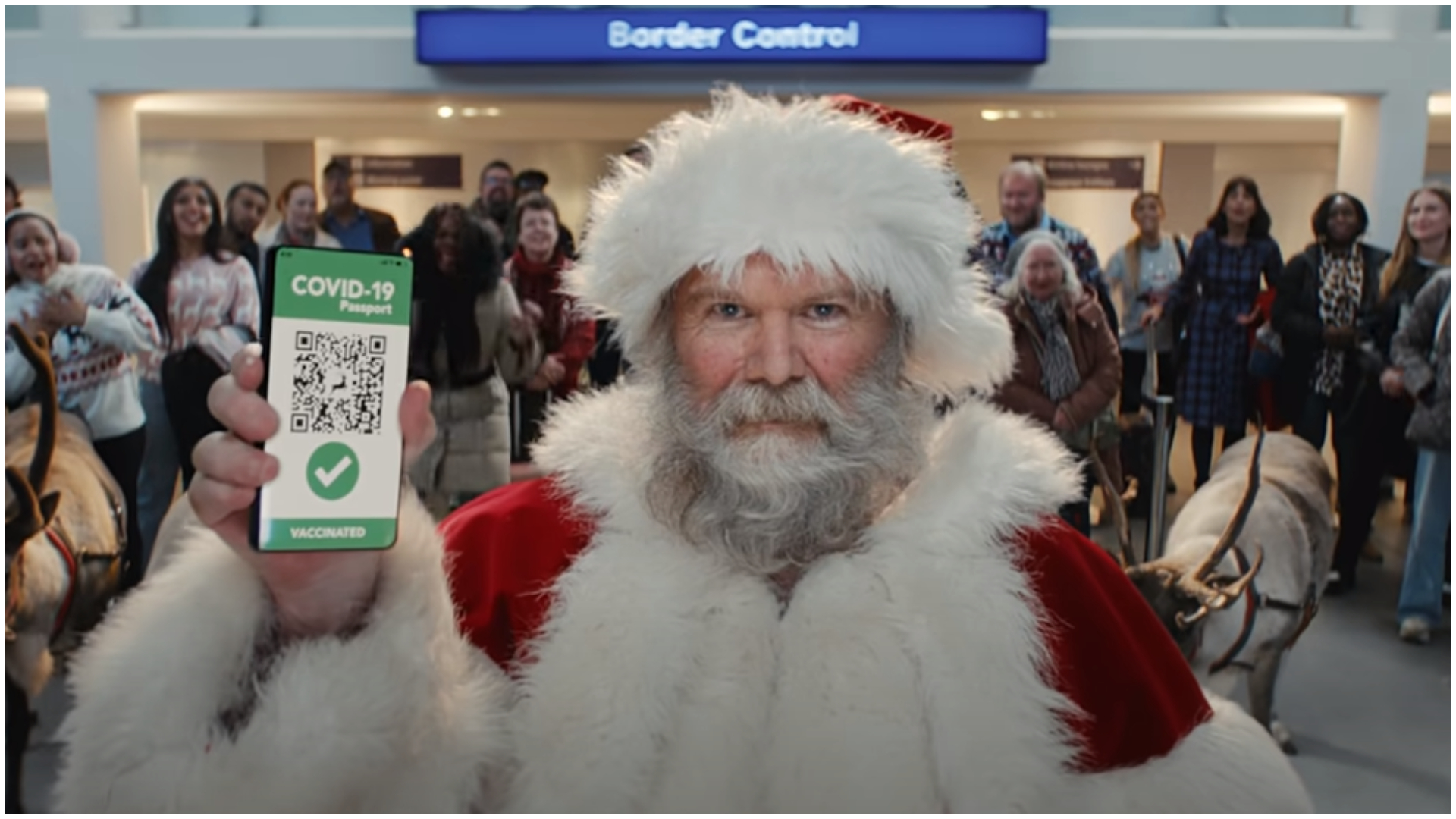 In a statement, the Advertising Standards Authority (ASA) in Britain announced that “Having carefully assessed the 5,000 complaints we received about the Tesco Christmas ad campaign, we have concluded it doesn’t break our rules and there are no grounds for further action.”

The statement further noted “We consider that the depiction of Santa displaying a proof of vaccine status in an airport is likely to be seen as a humorous reference to international travel rules people have experienced this year. It is unlikely to be interpreted as a message about these rules or the Covid-19 vaccine more widely.”

Many of the complaints argued that the advert was overtly politicising Christmas, and that it encourages ‘medical discrimination’ against those who are not vaccinated, and promotes the need to take COVID vaccines in order for society to keep functioning.

“While we understand that some people disagree with the vaccine programme and may find the ad in poor taste, we have concluded that the ad is unlikely to be seen as irresponsible or cause serious or widespread offence on the basis suggested,” the ASA statement further noted.