Wouldn’t it be great if we could have a year without any major pestilences?  2019 seems like it was so long ago, and we may never see another year like it.  All of the measures that global authorities have imposed to try to end the COVID pandemic have failed, and now we are being told that we are just going to have to live with COVID on a permanent basis.

There are several new “Outbreaks”

And Omicron has shown us that a new variant can sweep across the entire globe in just a matter of weeks.  Meanwhile, there are several new “outbreaks” that are unrelated to COVID that I am going to be keeping a very close eye on as we enter 2022.  For example, we are being told that there is a “massive bird flu outbreak” in Israel right now.  The following comes from a Daily Beast article entitled “Massive New Bird Flu Outbreak Could Be 2022’s Deadly Pandemic”…

Israel’s National Security Council has assumed control of a massive bird flu outbreak in the Galilee, which scientists warn could become a “mass disaster” for humans.

Over half a billion migrating birds pass through the area every year, heading for warm African winters or balmy European summers, making this a catastrophic location for a major bird flu outbreak—right at the nexus of global avian travel.

If you do a Google search for “H5N1”, you will find that bird flu outbreaks have literally been reported all over the planet this month.

So this isn’t just happening in Israel.

Of the 30,000 Eurasian cranes passing this winter at the Hula Nature Reserve, 17 percent are dead, and scientists fear the worst for their surviving brethren, at least 10,000 of which appear to be ailing. The infection of the cranes is the same strain of avian flu which infected chicken coops throughout northern Israel, and led to the cull in recent days of nearly 1 million birds.

The good news is that so far there are no confirmed human cases of H5N1 in Israel.

Of course that could change at any time, and once H5N1 starts spreading among humans it has a very high death rate…

The virus can be deadly if it infects people. The World Health Organization says more than half of the confirmed 863 human cases it has tracked since 2003 proved fatal.

Massive New Bird Flu Outbreak Could Be 2022’s Deadly Pandemic
In the Galilee, migrating cranes infected with H5N1 are dying by the thousand, raising fears of a global pandemic...

Here in the United States, officials are deeply concerned about a widespread outbreak of an “undiagnosed respiratory illness” in northern Ohio…

Public health exclusively tells Dayton 24/7 Now undiagnosed respiratory illnesses are popping up in the Miami Valley, Cleveland area, and across the northern tier of Ohio.

Health experts say symptoms are similar to the flu, but patients aren’t testing positive for influenza or COVID-19.

Charles Patterson, Clark County Combined Health District’s Health commissioner, explains there’s no way to know how many confirmed cases of this illness are in the state since there’s no case definition for it yet.

Hopefully they will find out what this mystery disease is soon, because it doesn’t sound good.

On the other side of the globe, a different mystery disease has killed close to 100 people in South Sudan…

The illness has so far claimed the lives of 97 people in Fangak, Jonglei State, in the northern part of South Sudan. On Thursday, Fangak County Commissioner Biel Boutros Biel said an elderly woman’s death came as a result of an unidentified illness. South Sudan’s Ministry of Health has said that the disease has mainly affected the elderly and children under 14. It is also said that the symptoms of the mysterious illness include cough, diarrhoea, fever, headaches, joint pain, loss of appetite, body weakness, and chest pain.

WHO officials were deployed to the region to investigate the illness, but they reportedly left the area without revealing their findings to local officials.

Initially, health officials thought that this might be a cholera outbreak, but testing has ruled out that possibility. 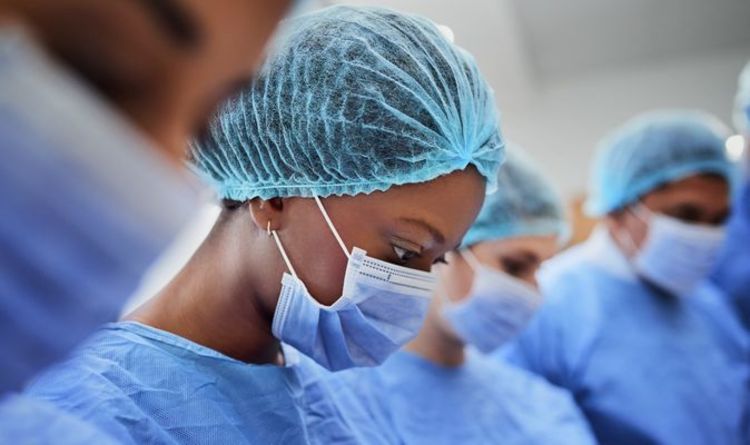 Mystery illness outbreak claims 97 lives as WHO sent to investigate ‘dangerous’ situation
ALMOST 100 people have died from a mystery illness in South Sudan as the World Health Organisation (WHO) scrambles to get to the bottom of the unknown disease.

Last but certainly not least, the Omicron variant is causing widespread panic all over the world.

The number of positive COVID-19 cases in New York continues to set records, as the state confirmed that 49,708 positive cases were reported on December 24 alone.

That number marks the highest single-day total in the state since the pandemic began.

Fortunately, some experts are telling us that even though Omicron spreads very easily it may be less deadly than the Delta variant.

Of course Omicron and Delta are not the only variants that are floating around out there.

Over the past couple of months, there have been reports that certain COVID variants seem to be causing very ugly skin sores.  The following comes from a report in a British news source…

The doctor explained: “I was treating patients in August 2020 last year and I had three patients who had COVID-19 and they had a rash.

“It’s purpuric, almost like a hive-like rash, [it] can be prickly heat rash as well.”

Dr Nighat’s patients weren’t the only ones who suffered from rash linked to Covid, as the COVID ZOE app received thousands of self-reports of this symptom.

If you have developed skin sores or a “rash” after catching COVID, I would like to hear from you.

Because this appears to be something that is happening on a large scale, but the mainstream media in the United States is not really talking about it.

I don’t know which of the news items that I have shared in this article are the most important, but I will be monitoring them all as we enter 2022.

The COVID pandemic has clearly demonstrated how vulnerable we are, and scientists assure us that it is just a matter of time before we are hit by even more pestilences.

I know that most of you are very eager for life to “return to normal”, and I feel the same way.

Unfortunately, our entire planet is now being ravaged by sickness and disease, and a “return to normal” is simply not in the cards. 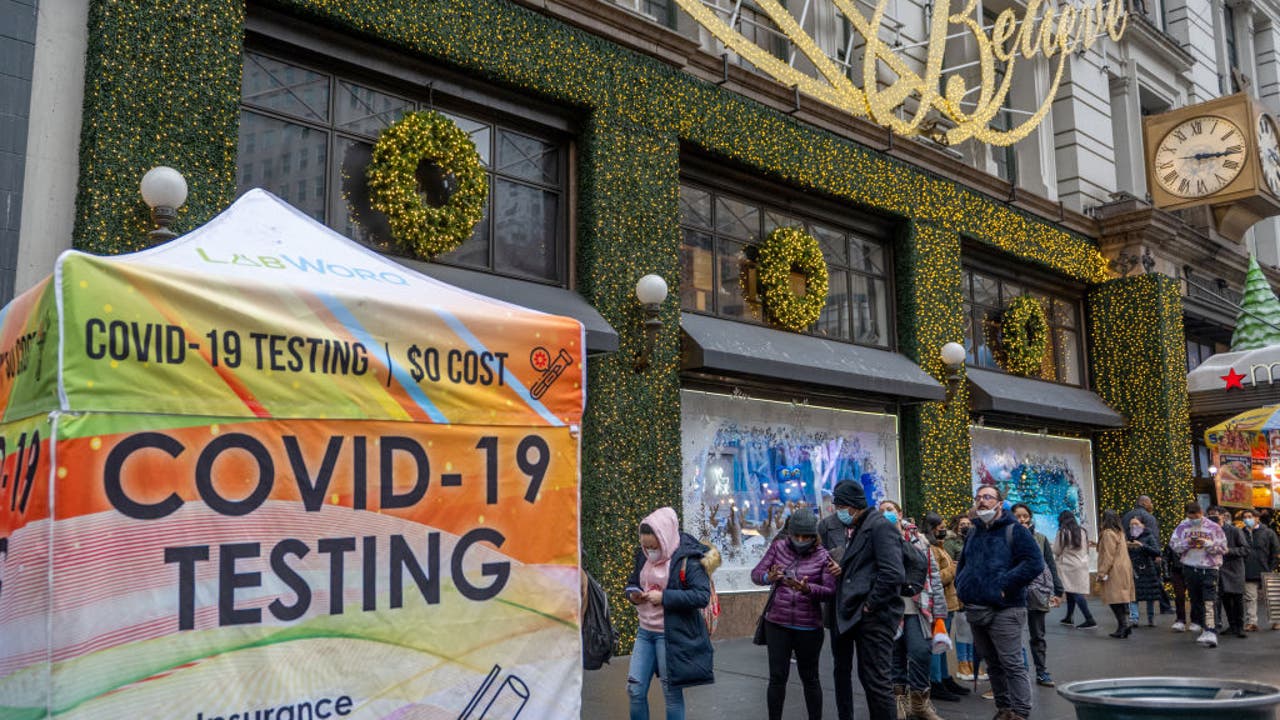 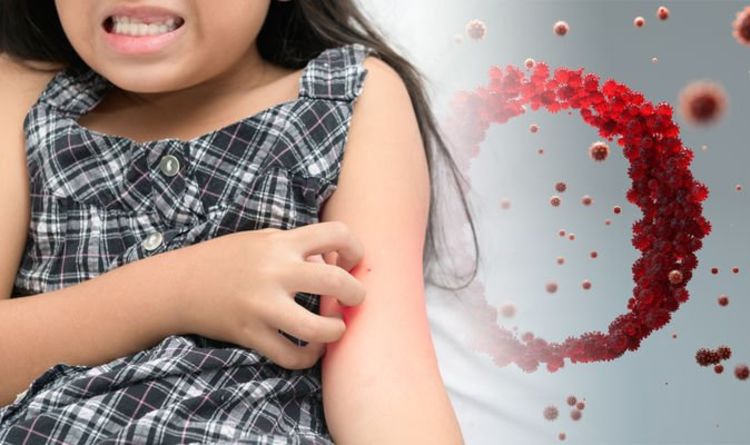