The firm is appealing against a 2018 order to pay $4.7bn (£3.6bn) in damages to 22 women who alleged that Johnson & Johnson talc products caused them to develop ovarian cancer.

Inspite of knowledge about studies linking talc to cancer that date to 1971, when scientists in Wales discovered particles of talc embedded in ovarian and cervical tumors, the company failed to warn consumers about talcum powder’s cancer risks.

The New York Times reported, scientists have hypothesized that talc might lead to cancer because the crystals can move up the genitourinary tract into the peritoneal cavity, where the ovaries are, and may set off inflammation, which is believed to play an important role in the development of ovarian cancer. 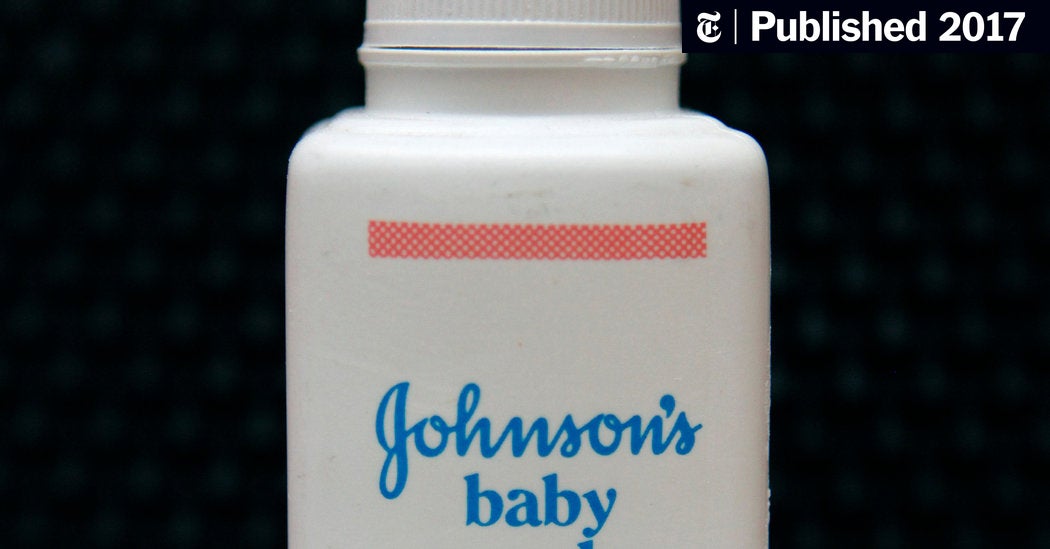 Talc is a naturally occurring clay mineral composed of magnesium and silicon that is mined in proximity to asbestos, a known carcinogen. The International Agency for Research on Cancer in 2006 classified talcum powder as a possible human carcinogen if used in the female genital area, but no agencies have acted to remove talcum powder from the market or add warnings.

The talcum powder cancer risk has been documented in major medical journals throughout the past four decades. The first inkling that talc increases women’s risk for ovarian cancer surfaced in a 1971 report, when a study of patients diagnosed with ovarian cancer revealed talc particles in ovarian tissues.

Companies such as the cosmetics corporation Johnson & Johnson and talc mining company Luzenac America and its parent company Rio Tinto Materials, who manufacture and market talcum powder products including women’s body powder and baby powder, have argued against the connection between talc and cancer since that earliest finding.

Following the 1971 study that first detected a connection between talcum powder use and ovarian cancer, many more scientific studies have been published in prominent medical journals such as Cancer, The Lancet, and Oncology throughout the past decades. The National Cancer Institute and the International Union Against Cancer have published similar findings.

The Cover­Up of Talc Powder Dangers

In 1993, the US National Toxicology Program (NTP) published a study on the toxicity of non­asbestiform talc and found clear evidence of carcinogenic activity. Even without the presence of asbestos ­like fibers, talc was categorized as a carcinogen.

To address the claims of this research, several players of the cosmetics industry, including J&J, formed the Talc Interested Party Task Force (TIPTF). The TIPTFs goal was to perform research to defend the safety of talc power. The courts which ruled against J&J found that the members of this task force lied to consumers and used their political influence to affect regulations regarding the safety of talc products.

As Larry Bodine reported in his Huffington Post piece titled Behind the $55 Million Verdict: Johnson & Johnson Knew About Talcum Powder Cancer Risks Since the 1970s:

Behind the $55 Million Verdict: Johnson & Johnson Knew About Talcum Powder Cancer Risks Since the 1970s
Like the tobacco companies a generation ago, Johnson & Johnson and its cosmetics lobby have known about the link between its talcum powder and cancer for 40 years, distorted research about...

According to the womens’ lawsuit, TIPTF hired scientists to perform biased research regarding the safety of talc. Members of TIPTF edited scientific reports of the scientists it hired prior the submission of these scientific reports to governmental agencies. Members of TIPTF released false information about the safety of talc to consumers, and used political and economic influence on regulatory bodies throughout the 1990s.

Interestingly enough, in 2006, the Canadian government classified talc as a D2A substance, which is considered “very toxic” and “cancer causing” under its workplace hazardous materials classification. In the same year, J&J’s supplier of talc, Imerys Tal, started adding a safety warning to its talc products. This warning was never passed on by J&J to end consumers.

One juror in the $55 million case, Jerome Kendrick, told a St. Louis newspaper that the company’s internal memos “pretty much sealed my opinion.” He said, “They tried to cover up and influence the boards that regulate cosmetics.” He added, “They could have at least put a warning label on the box but they didn’t. They did nothing.”

Researchers have known for more than thirty years that the perineal use of talcum powder is associated with an increased risk of ovarian cancer. However still, the substance is not regulated in India and no product warning labels are attached to talcum powder products. Ovarian cancer is a harmful disease that can result in suffering and death.