Facebook has changed its name to “Meta” in a shift away from social media and towards developing “the metaverse,” a digital world that could be the next generation of the internet. Here’s what they have planned.

Social media giant Facebook is changing its name to “Meta” as part of a rebrand meant to highlight the company’s new focus on developing “the metaverse.”

A week after teasing the news of the name change, Zuckerberg made the announcement on Thursday in a keynote address at Facebook Connect, the company’s annual in-house virtual reality conference. The 37-year-old founder has spent much of the past year talking up this pivot. He has said he expects people will one day know Facebook as a “metaverse company” more than a social network.

Zuckerberg describes the metaverse, which he sees as the next generation of the internet, as a virtual environment that will allow people to be present with each other in digital spaces. 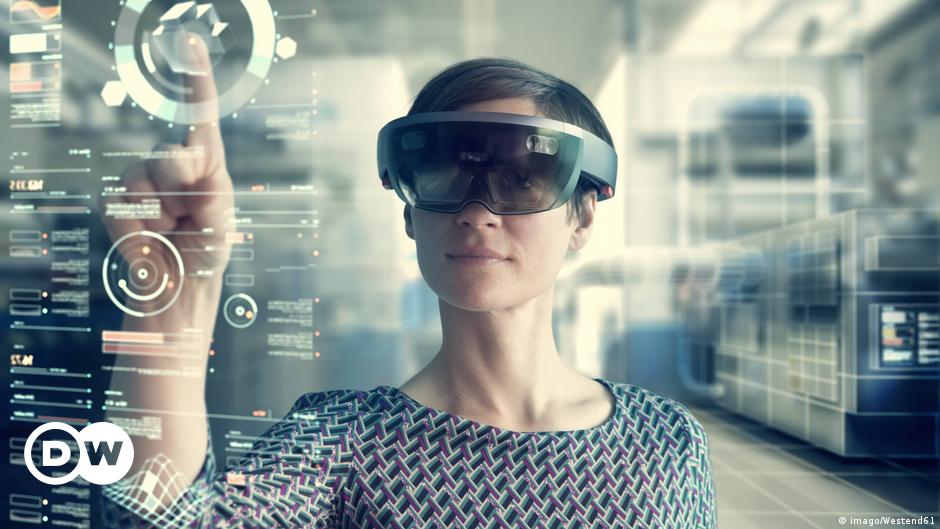 What exactly is ‘the metaverse’?
Facebook has announced major investments in “the metaverse,” a virtual reality that could one day coexist alongside the physical world.

This flashy endeavor at least temporarily distracts from Facebook’s unending barrage of bad press. For years the social media giant has been under fire for encouraging the spread of misinformation and for its opaque policies around user data. Matters have only gotten worse in recent months after a whistleblower exposed many of the company’s secrets.

At the same time, the social platform is falling out of favor with younger users. Many are instead flocking to the Chinese-owned video app TikTok. Facebook makes money by selling targeted advertisements to marketers. But if user numbers dwindle, advertising revenue will, too.

By repositioning itself as a new, futuristic company, Facebook may be hoping to outlive the original generation of social media companies — and its own bad reputation. Metaverse advocates, including Facebook, have insisted no one company will own or run the metaverse. But by making a strong push for it, Facebook can try to position itself as a leader in the space.

In reality, interactive online games like Roblox and Minecraft as well as software developer Epic Games have already existed and thrived for some time as precursors to the metaverse. But Facebook already acquired virtual reality device maker Oculus in 2014, and recently said it plans to invest several billion dollars per year in its metaverse initiative going forward, building on its arsenal of virtual and augmented reality services and tools. It also plans to spin out Facebook Reality Labs (FRL), the business segment that oversees this area, into its own separate unit starting from the fourth quarter this year. Facebook says it plans to hire 10,000 in EU for ‘metaverse’
Facebook has announced that it will expand in the European Union to build a new computing platform. It comes as the tech giant contends with concerns over its practices.

FRL, Oculus, Horizon Worlds: What projects are in the works?

In Horizon Worlds, users generate games and worlds of their own design. In August, Facebook launched the beta version of Horizon Workrooms, a professional version of the Horizon application. It allows Oculus users to meet up in customizable virtual conference rooms where avatar versions of themselves can talk and collaborate on projects, working out their thoughts together on digital white boards. Coworkers without access to a headset can also join the room via video call.

In his keynote address, Zuckerberg also described developments on Horizon Homes, an application meant to provide users with a digital home space, where they can store their digital goods, hang out with avatars of their friends, and teleport to other spaces and worlds.

Teleporting in the metaverse “will be like clicking a link on the internet,” the CEO said.

How will Meta make money?

These projects are just the beginning. But how will this generate revenue exactly? Zuckerberg’s plan is, at first glance, surprisingly old school: selling merchandise.

In Facebook’s Quarter 2 earnings call, Zuckerberg stressed that the company won’t be focusing on selling virtual reality devices like its Oculus headsets as its main generator of profit. Rather, he sees a “a very big digital economy” opening up within the metaverse itself.

“Commerce is going to be a big part of the metaverse,” Facebook’s Head of Metaverse Products Vishal Shah said in the keynote. “You’re going to be able to sell both physical and digital products.”

First, however, the company said it will need to attract “hundreds of millions” of users before this business model will be viable, the company’s goal in the medium term. 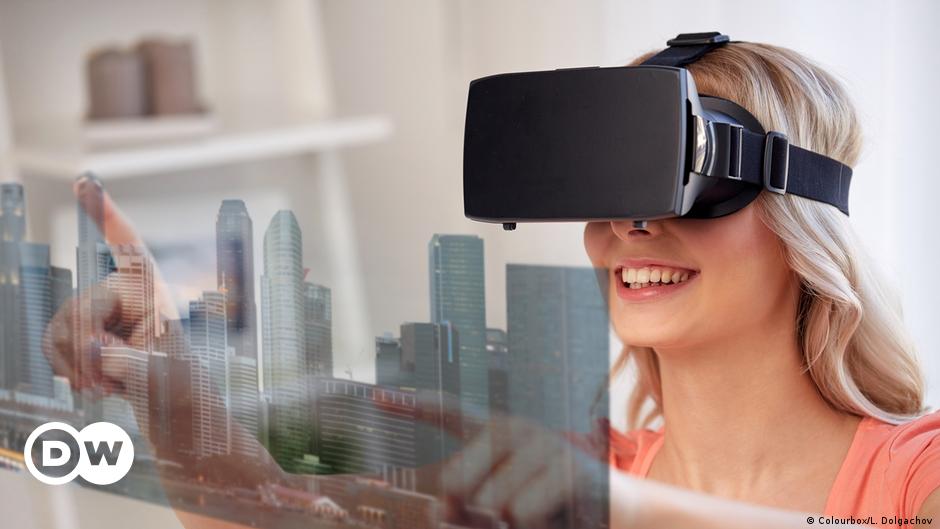 Your next business meeting could be inside a VR headset
With the SARS-CoV-2 pandemic stopping in-person meetings and conferences, videoconferences are the new norm. But video calls are old technology. Soon, conferences and meetings will be held in 3D, using VR headsets.

Is Zuckerberg’s idea likely to succeed?

If Facebook does want to stay in the game, it may indeed be the right moment to move away from its reliance on targeted advertising. The push to regulate the tech giant, particularly in the realm of user data privacy, has gained momentum over the last 18 months, something that could cripple its ability to make profit. This fact was made clear by Facebook’s lower-than-expected growth in the second quarter of 2021. Zuckerberg said this was due to changes to iPhone maker Apple’s privacy rules, which allow users to opt out of being tracked by third parties for advertising purposes.

Moving into the unknown realm of the metaverse poses major challenges. Facebook itself said succeeding will require at least 12 major technological breakthroughs. The whole movement could still fall on its face.

But marketwise, it resembles the early days of the internet and social media in that it’s still a regulatory Wild West, and enterprising tech players certainly see an opportunity to make money before lawmakers catch up.