This is a controversial report based on the findings of Spanish researchers. It remains to be fully ascertained.

What is required is to have precise details on the composition of the mRNA vaccine, from one or more samples of the drug, also including the identification of the so-called digital microchip.

Statements pertaining to future impacts of the “vaccine” must be corroborated and confirmed.
See the scientific report of the Spanish Research Team, and the pdf end of post.

Biostatistician Ricardo Delgado, Dr. José Luis Sevillano and the team of researchers and professors with whom they have been conducting their research have confirmed the presence of graphene oxide nanoparticles in vaccination vials.

In program nº63, the team showed some photos of the analyses carried out, specifically results obtained by optical and transmission electron microscopy observation, reserving the results of other techniques used for future programs. They also announced that the report based on all the techniques performed, which allowed determining the presence of graphene oxide, will be made official by the researchers who performed the analyses very soon. 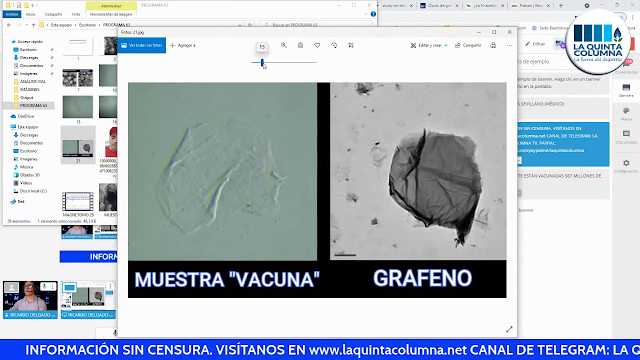 Hereafter La Quinta Columna shall provide you with information vital to your health, physical integrity and that of your environment.

The COVID vaccines in all their variants, AstraZeneca, Pfizer, Moderna, Sinovac, Janssen, Johnson & Johnson, etc., also contain a considerable dose of graphene oxide nanoparticles. This has been the result of their analysis by electron microscopy and spectroscopy, among other techniques used by various public universities in our country.

What is Graphene Oxide?

Graphene oxide accumulated in the lungs generates bilateral pneumonias by uniform dissemination in the pulmonary alveolar tract. Graphene oxide causes a metallic taste. Perhaps this is starting to make sense to you now. Inhaled graphene oxide causes inflammation of the mucous membranes and thus loss of taste and partial or total loss of smell.

Graphene oxide acquires powerful magnetic properties inside the organism. This is the explanation for the magnetic phenomenon that billions of people around the world have already experienced after various routes of administration of graphene oxide. Among them the vaccine.

In short, graphene oxide is the supposed SARS-CoV-2, the supposed new coronvirus provoked before the disease called COVID-19. Therefore, we never had real isolation and purification of a new coronavirus, as recognized by most health institutions at the highest level and in different countries when they were questioned about it. COVID-19 disease is the result of introducing graphene oxide by various routes of administration.

Graphene oxide is extremely potent and strong in aerosols, as is the alleged SARS-CoV-2. Like any material, graphene oxide has what we call an ‘electronic absorption band‘. This means a certain frequency above which the material is excited and oxidizes very rapidly, thus breaking the equilibrium with the proliferation in the organism of the toxicant against our natural antioxidant glutathione reserves. Precisely this frequency band is emitted in the new emission bandwidths of the new 5G wireless technology. That is why the deployment of these antennas never stopped during the pandemic. 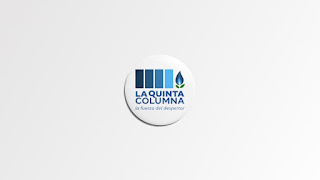 ORWELL CITY: La Quinta Columna: ‘Graphene oxide has its absorption band in 5G’
There is a connection between 5G antennas and the “vaccine”. Graphene is manipulated from the outside, that is possible with the new technology.

In fact, they were among the few services that were maintained, apart from a special surveillance by the State Security Forces and Corps to these antennas. We suspect in that the 2019 anti-flu campaign graphene oxide was introduced in these vials, since it was already used as an adjuvant.

With subsequent 5G technology trials in different parts of the world, COVID-19 disease developed in interaction of external electromagnetic fields and graphene oxide now in their bodies. Remember that it all started in Wuhan, and this was the first pilot sample city in the world to do the 5G technology trial in late November 2019. It’s a coincidence in space and time.

Both the pangolin and bat soup versions were simply distracting elements. The purpose of the introduction of graphene oxide is even more obscure than you might imagine. Therefore, it is more than enough for you to assimilate this information and ‘reset’ the knowledge you had of the disease up to now from the highest governmental institutions telling the population to protect themselves and even forcing them with that which will potentially make them sick with the disease itself. Logically, now that we know that the cause or etiological agent of the disease is precisely a chemical toxicant and not a biological agent, we know how to attenuate it: by increasing glutathione levels. Glutathione is a natural antioxidant that we present in reserves in the organism.

You will now understand why countless studies in practice have shown that treatment with N-acetylcysteine (which is a precursor of glutathione in the body), or glutathione administered directly, cured COVID-19 disease very quickly in patients. Plain and simple because the glutathione levels were raised to cope with the administered toxicant called graphene oxide.

The discovery made here by La Quinta Columna is a full-fledged attack of State bioterrorism, or at least with the complicity of governments to the entire world population, now constituting crimes against humanity.

It is therefore absolutely essential and vital that you make this information available to your medical community. General practitioners, nursing and health services in general, but also local and regional media and press, as well as all your environment. La Quinta Columna estimates that tens of thousands of people will die every day. In our country alone when they make the new and upcoming 5G technological switch-on.

Bearing in mind that now it is not only the elderly in nursing homes who are vaccinated in that flu vaccine with graphene oxide, but, as you know, a large part of the population has been vaccinated, or graphenated, with gradual doses of graphene oxide.

The body has a natural capacity to eliminate this toxicant, which is why we propose you up to a third dose per year for all the years to keep the graphene in your bodies.

We have each and every one of the proofs of what has been manifested here. Meanwhile justice is trying to act, people will continue to be pushed off a bottomless cliff. If you are watching this audiovisual material, you will understand that for more than a year you have been totally and naively deceived from the highest institutions. Only now will you understand all the incongruities that you observed on your television news.

Please make this video viral all around you and let’s stop among all of us. The destiny that is in store for us, fruit of the Agenda 20/30 roadmap, depends only on us. 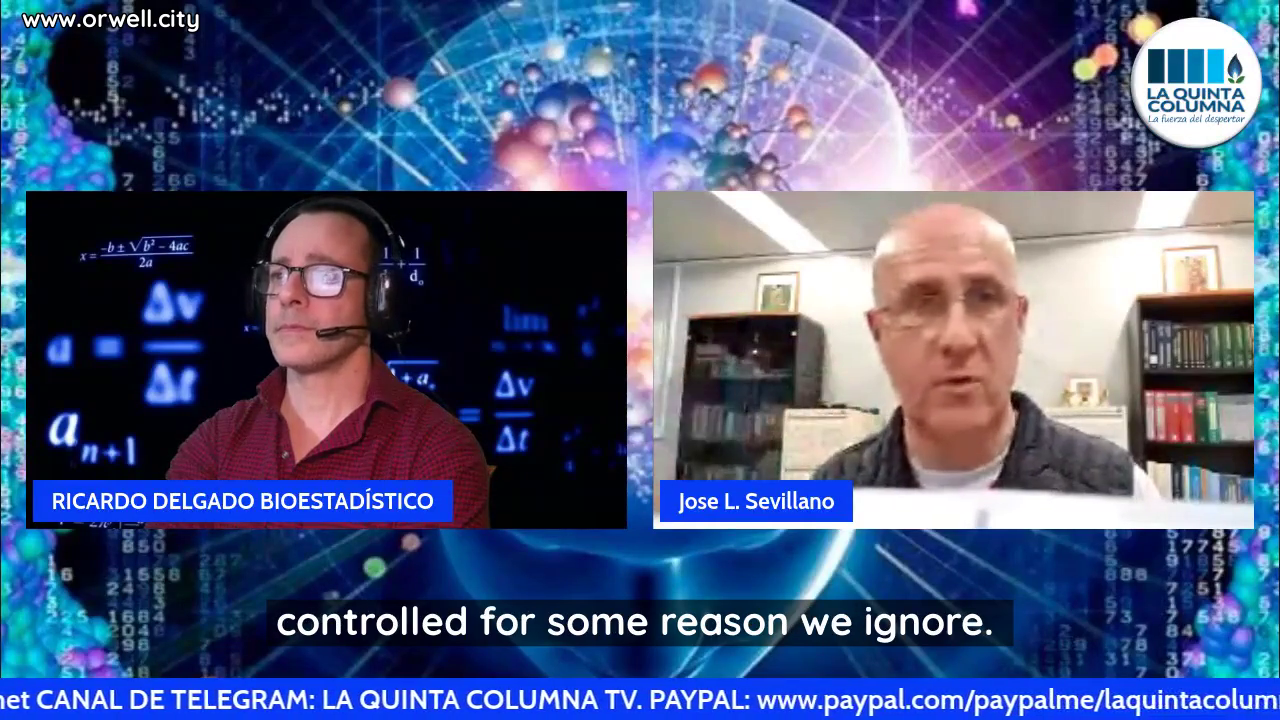 ORWELL CITY: Dr. José Luis Sevillano: ‘This operation is not about killing people, it’s about controlling them’
Researchers from La Quinta Columna continue with their hard work and advances in their research regarding ‘graphenation’.