The scenes being broadcast on ‘BBC News’ and displayed in newspapers such as ‘The Guardian’ across the UK on the current situation unfolding in India are horrifying. Reports of people dying in the street, images of mass “bonfires” in which they are burning the dead, constant stories about the lack of oxygen and the rush to get it from ‘A to B’ in order to save the lives of thousands of people. Sounds almost apocalyptic doesn’t it?

Propaganda and Lies about Covid-19 in India

That is of course until you put the whole “crisis” into context. Because what you are seeing on your TV screen and reading in a newspaper on the alleged situation regarding Covid-19 in India is nothing more than propaganda and lies which are being used to maintain the level of fear that they have managed to invoke in the majority of people in the United Kingdom since March 2020. You are being deceived, and we can prove it…

The amount of disinformation and misinformation on India’s “Covid crisis” is now so vast that it’s hard to know where to begin to untangle the web of deceit and lies. But let’s start with an article released by ‘The Guardian’ on the 3rd May 2021. The article in question was headlined “Covering India’s Covid crisis: ‘Hundreds of journalists have lost their lives’”. The tag line of the article reads “Our South Asia correspondent reflects on a catastrophe that is now affecting the lives of almost everyone in the country“. Olvassa el itt.

This is a lie. The current situation unfolding in India is actually only affecting two places in particular, Delhi and Mumbai. So this is far from almost everyone in the country, a grand total of 1.4 billion people. But the main “area of concern” is currently Delhi. Step outside of these two areas and you’ll find that the rest of India is carrying on as normal.

But let’s go back to the headline – “Hundreds of journalists have lost their lives”. Does ‘The Guardian’ provide any evidence of this within the article? Here’s what they wrote…

“India is a huge, diverse country to cover and I’m indebted to the brilliant work of local journalists who have been on the ground, exposing the shortage of oxygen and beds and counting the bodies at crematoriums to hold local authorities to account for covering-up the true death toll of the pandemic. They have paid a heavy price for their reporting: hundreds of Indian journalists have lost their lives covering this pandemic, including over 50 in just the past few weeks.”

This is just a direct quote from their own journalist, they do not provide a single source to back up this claim. This is just one of many examples in which the mainstream media are manipulating the public with words to maintain a level of fear. Words that are not backed up with a single shred of evidence.

But the propaganda doesn’t end there. Later on in the article ‘The Guardian’ ask their South Asia correspondent ‘What needs to happen now in order for the crisis to abate?’

Here’s the answer that was given – “The only thing that is going to get us out of this crisis is amping up vaccine production and distribution.”

Now that is a very interesting claim for several reasons. Looking at the evidence you could argue that the Covid vaccines are in fact the source of the current “crisis” unfolding in a couple of hot spots in India. Prior to the Covid Vaccine roll-out the Indian Government had been treating the citizens of India with Ivermectin, a medication that is used to treat many types of parasite infestations, including head lice and scabies.

But trials have also shown it to be effective in the treatment of the alleged Covid-19 disease. You could possibly say that the largest trial ever conducted proving the success of Ivermectin against Covid occurred in India with its population of 1.4 billion.

India began using Ivermectin late August 2020, and as you can see from the graph above it had great success in reducing the number of daily deaths attributed to Covid-19. However for some strange reason they switched tack in January to the experimental Covid vaccines. But didn’t really get going with the vaccine roll-out until the end of February.

Fast forward two weeks and the deaths attributed to Covid-19, which had almost flat lined suddenly started to rise at an unexplained and exponential rate compared to the rate previously seen in India.

But here’s where things get a little weird. The Guardian claims the only way out of this alleged “crisis” is to increase production and distribution of experimental “vaccines” which do not stop the recipient from catching the disease or spreading the disease. Instead they allegedly reduce the risk of serious disease and death, but of course this is just a theory as there is no real world data to prove this.

Authorities in the UK will claim that this is exactly what is occurring now across Great Britain and it’s all thanks to the miraculous vaccines, but they are not considering one key factor… seasonality. So until the next autumn / winter arrives in the UK we do not know what effect these experimental vaccines will have actually had on suppressing the alleged Covid-19 disease, but we have a hunch it is not going to be pretty.

There is also a huge push in the UK to vaccinate every man, woman and child even though statistics show us that only 0.2% of those who contract Covid actually die and even then it has only really affected those who are over the age of 85 and have underlying conditions. Olvassa el itt.

So why is there a big push to vaccinate every man, woman and child in the UK? Why are the Guardian saying the only way out of the manipulated and exaggerated crisis for India is to increase distribution of a Covid vaccine?

The Covaxin and Covishield Covid vaccines In India

One possibility of course is the billions of pounds the manufacturers of these vaccines and their shareholders stand to make if this happens. India has a population of 1.4 billion people. The Covaxin Covid vaccine is currently being sold to the Indian state for 600 Indian rupees per dose. This accounts to around £6 in English money. However two dose are required to complete the course, so that accounts for £12 per head. Now times that number by 1.4 billion people and you’ll find that Covaxin could stand to make £16.8 billion.

But Covaxin isn’t the only vaccine available in India, the other is Covishield which is in fact the AstraZeneca jab under a different brand name. This is being sold to the Indian State at 400 Indian Rupees a dose. This accounts for £4 in English money. Again two doses are required to complete the course, this accounts to £8 per head. Times that 1.4 billion people and the manufacturer of Covishield stands to make £11.2 billion. 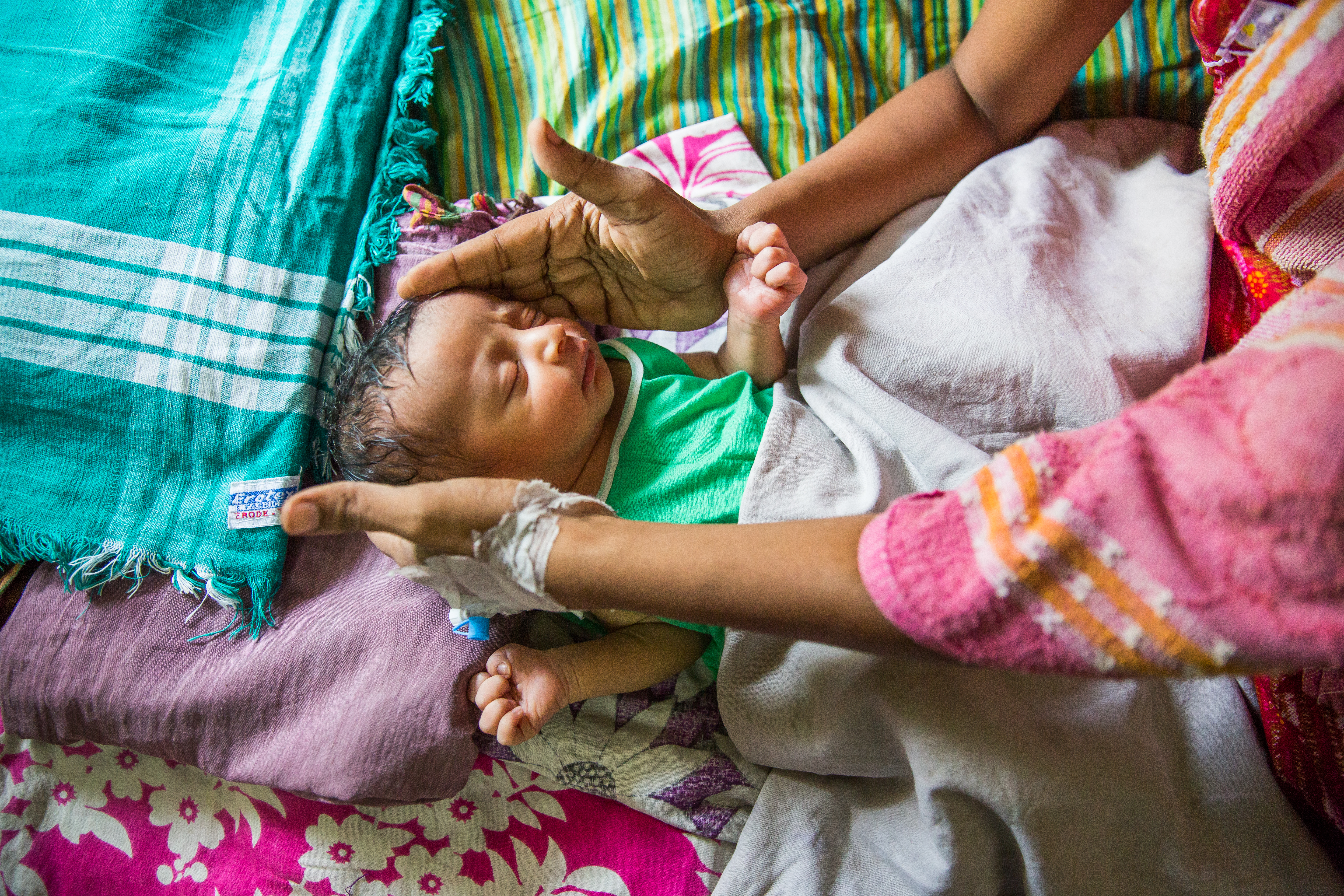 Who also funds ‘The Guardian” newspaper? The Bill and Melinda Gates Foundation.

If you need more evidence to clarify why the current situation in India is being used to ramp up the fear around the world so that they can get the experimental Covid vaccine into the arms of every living man, woman and child then you have to look no further than the number of alleged cases occurring due to Covid-19 in India.

If we look at the number of daily positive tests for SARS-CoV-2 we can see that the highest number to occur so far was on the 30th April 2021, India recorded 401,993 positive tests.

Now this may sound like a frighteningly high number but it isn’t when put it into context. India has a population of 1.4 billion people. This means the number of cases to have occurred on the 30th April 2021 accounted for just 0.028% of the entire population. But the mainstream media are not putting them into context and are instead publishing fear-mongering headlines such as “India sets grim record of coronavirus cases per day”.

What the mainstream media aren’t telling you is how many people have recovered from these confirmed cases. Well we can tell you that as of the 2nd May 2021 only 17% of those who’ve tested positive are actually showing signs of infection, whereas 82% have recovered. (Source)

But the mainstream media also aren’t telling you about another insidious disease growing at an alarming rate throughout the whole of India. One that had created an epidemic of which India is ill-equipped to handle. A disease which has similar symptoms to the alleged Covid-19 by primarilyy attacking the lungs causing a cough, fever and difficulty breathing… Tuberculosis.

According to estimates from National Strategic Plan for TB Elimination (2017-25), a government programme that aims to make India TB-free by 2025, everyday 1400 Indians lose their lives because of Tuberculosis. This accounts for 511,000 people per year. Lásd a pdf-et a bejegyzés végén.

Since March 2020, India in its battle against coronavirus has neglected this disease, which has plagued the country for centuries. Could what we are seeing broadcast on television screens and published in newspapers actually be the product of 12 months of neglect in treating a much more deadly disease which has always ravaged India dressed up as an epidemic of Covid-19? The coincidences over the past year have been far too aplenty for them to remain just that.

There are many more webs of lies and deceit to untangle in regards to the current narrative on India’s “Covid crisis” in the mainstream media but for today we’ll end with a graph comparing the cumulative confirmed Covid-19 deaths per million people in the United Kingdom and India.

Need we say any more?

You are being lied to and manipulated by the mainstream media in order to maintain the level of fear which has been induced in the population since March 2020. Don’t let them cast this insidious spell over you any longer. You are better than that.