According to many Israeli citizens seeking help on social media, Israel has rapidly devolved into a segregated culture that discriminates against people who have not received experimental COVID-19 vaccinations.

According to a report in the Jerusalem Post, the passport is delivered by a government-run website that issues a green certificate with a high-security scannable QR code by text, email, or regular mail delivery.

The green pass system, which is part of Operation Back to Life, allows only holders of scannable vaccine passports to enter registered gyms, theaters, hotels, restaurants, universities, and secondary schools. 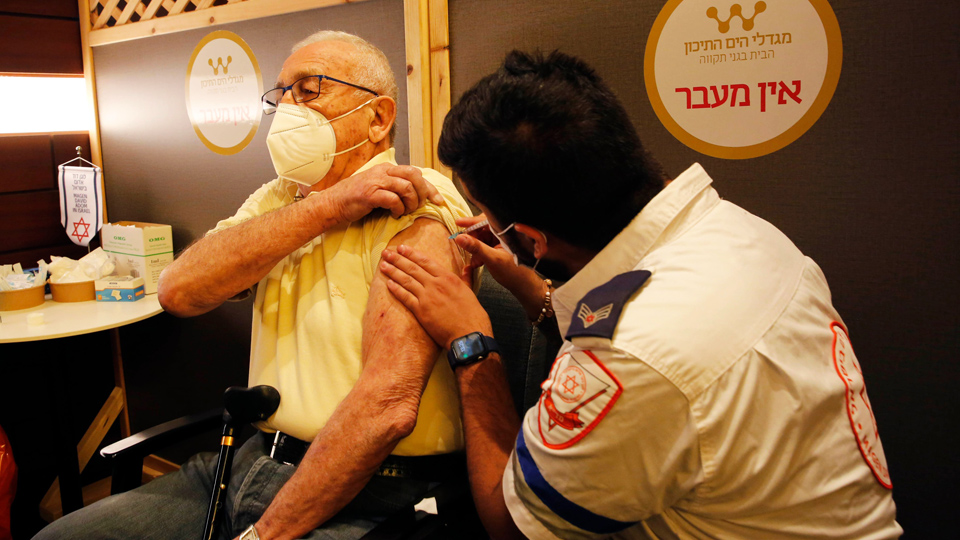 Operation ‘Back to Life’: How Israel is Leading the World’s Vaccination Campaign
The author of this piece is His Excellency Ophir Kariv, the Ambassador of Israel to Ireland. Over the past year, it has become clear that Covid-19...

At a press conference announcing the program’s launch last week, Israeli Health Minister Yuli Edelstein said, “This is the first step back to an almost normal life.”

In a statement released jointly by the Prime Minister’s Office, the Ministry of Health, and the Ministry of Transportation on March 6, the Israeli government announced several new rules. These will remain in effect until the next review on March 20.

The ban on Israelis entering the country by air has been lifted (land crossings remain in place), allowing Israeli citizens and permanent residents to enter the country. However, those with vaccination or recovery certificates will be able to leave Israel freely.

In jurisdictions where 70% of the population over the age of 50 had been vaccinated, students in grades 7 to 10 were allowed to return to class this week.

Green pass holders were to be the only ones allowed to attend in-person classes at universities and other educational institutions beginning March 7. Those who have not been vaccinated will only be able to participate in online classes.

Violations of the government order will incur a fine of 5,000 New Israeli Shekels (NIS), roughly US$1,500.

According to a BBC report from January, Israeli students must have CCP Virus vaccine injections to sit their end-of-high-school exams. The results of their exams can impact whether or not they attend university and their placement in compulsory military service. Read here.

Before entering a registered business in Israel, visitors must present their green passports for scanning along with personal identification.

“Vaccines will not be mandatory, but anyone who forges a vaccine certificate will go to jail,” Edelstein said earlier this month. Read here.

According to the Israeli health minister, employers will soon be required to have their employees vaccinated or undergo coronavirus testing every 48 hours.

According to a statement by Health Minister Edelstein, Israel’s COVID-19 vaccination drive was the world’s fastest, with 10% of the population receiving experimental vaccines between Dec. 19 and the end of 2020, and 50% of the country’s nine million residents receiving at least one COVID vaccine shot by February 26. Read here.

On Jan. 10, Israeli Prime Minister Benjamin Netanyahu tweeted, “I agreed with my friend, Pfizer Chairman and CEO Albert Bourla, that we would bring shipment after shipment and complete the vaccination of the over-16 population in Israel during March.”

The Jerusalem Post reported on March 7 that Pfizer’s Bourla had canceled a planned trip to Israel because he had not yet received his second dose of Pfizer’s COVID-19 vaccine. The CEO has postponed his visit to the country where he hopes to establish a manufacturing facility because he does not want to “cut in line” for his company’s injection.

The Israeli parliament passed a law on Feb. 24 that allows the government to share the names, addresses, and phone numbers of people who have not received a COVID vaccine with other ministries of education and welfare.

The Jerusalem Post reported on Feb. 25 that people are being offered electronic security ankle bracelets, similar to those worn by prisoners, to monitor their whereabouts after traveling outside of Israel rather than being forced to stay in quarantine facilities.

According to Ilana Rachel Daniel, when people return from travel, they are required to wear an ankle bracelet, a security bracelet, who is affiliated with the Rapeh party. “It’s absolutely insane.”

Coronavirus electronic bracelet: How does it work?
A pilot project offering returnees from abroad the possibility to isolate at home with the monitoring device instead of in hotels will be launched on Sunday next week.

“We call it a ‘freedom bracelet’ because we are not locking anyone up, but rather allowing them to go home,” Ordan Trabelsi, President and CEO of SuperCom, the company behind the surveillance system, told the newspaper.

“They’re censoring us and attacking us, and they won’t allow any media. Nothing. They took away the head of the party’s medical license,” Ilana Rachel Daniel said. Daniel is a member of Rapeh, an Israeli political party that means “healing” in English.

The Rapeh Party was founded by Aryeh Avni, a medical doctor whose medical license was revoked by Israel’s Health Ministry on Feb. 24. A judge ruled that he was a “stumbling block” whose behavior posed a real threat to public safety and health. Read here.

“They removed our platforms from Facebook, and now they won’t let the media even write about us. So we want to ask all the international [inaudible]—anywhere we can get—to publicize what we are saying.”

“If I stop to think about it, I will cry, you know,” Ilana Daniel said, breaking down in tears. “We just keep fighting, you know, fighting as much as we can.

She continued: “We need everyone’s help because whatever happens here will happen everywhere.  So, we’re fighting for ourselves, and we’re fighting for the whole world.  We need to help … every hand on deck.”  Daniel has since recorded an hour-long interview with British journalist James Delingpole.

Illana Rachel Daniel
Illana is an Israeli mother. She talks about the horror of living in a country where refusing to take the ‘vaccine’ makes you a second class citizen...

“It’s very intense over here in Israel. I don’t know how much you see. It’s terrible. It’s a very, very, very frightening situation,” Ilana Rachel Daniel said in a video posted on Bit Chute on March 3.

“They’re making this green passport where half the population cannot get into theaters or malls or all sorts of things unless you have taken the vaccination. They are creating a medical Apartheid,” Daniel explained.

In another video, posted on the Facebook page Radiant Israel on Feb. 18, Israeli Gilad Rosinger described the green passport system as a “pre-holocaust agenda.”

“If you do not submit to this wicked, demonic, tyrannical agenda, if you choose to say, ‘you know what, I’m not ready to participate in this experimental program,’ then you are now considered a second class citizen in Israel,” Rosinger said.

“My grandfather was the only survivor out of his whole family of the Holocaust, and this is exactly how it started. With discrimination, with essential and nonessential businesses, with people saying that Jews are second class citizens,” he explained.

According to Rosinger, high-ranking Israeli government officials are considering dispatching police to the homes of unvaccinated people and demanding that their names be released.

Despite its aggressive vaccination campaign, Israel implemented its third national lockdown on Jan. 7, in response to an increase in new CCP Virus cases. After receiving the first CCP Virus vaccine, 4,500 people in Israel were diagnosed with the virus, with 375 hospitalized.

He described the new Israeli society as a “Twilight Zone” that is “encouraged” by the mainstream media, adding that many people are afraid to speak out.

“We need to sound the alarm,” Rosinger said. “Where are the international human rights courts on this? Where are the lawsuits? Where is the outrage? You don’t even have to believe in God to know that this is wrong.”