We took a lot of time for this research and selected each case individually. Did an apparently high number of “sudden and unexpected” deaths in sports and elite sports occur as recently as mid-2021?

13-year-old with Heart Problems Collapsed on the Court

No one from the official side can (or will) explain a possible accumulation since the beginning of genetic vaccinations. According to the media and politicians prone to blackmail and corruption, these are unfortunate coincidences, while 13-year-olds with heart problems are already collapsing on the field.

We would like to start this report with the arguments of the other side, because it is always important to hear all sides. We would also like to recommend this principle to the court and system press, even if there is no public funding for it.

In 2016, the French media Futura Santé lamented “many” cardiac deaths in soccer. In France, 2 in 100,000 athletes per year would be affected, for a total of 1,000 to 1,500 people. The New Statesman reports that 12 young people die of sudden cardiac death every week while running. The article was published in England in November 2018. In February 2019, the Austrian newspaper derStandard wondered why cardiac deaths in sports are “so common.”

Every week 12 young people die from sudden cardiac death. Is it time to start screening runners?
An estimated one in 300 of the general population has an underlying heart condition predisposing them to SCD.

Cardiac death in sports: why does it happen so often?
Time and again, young competitive athletes who are considered healthy die. A cardiologist explains why the risk of cardiac death is so high among athletes

This contrasts, for example, with an article in the German WAZ on June 13, 2021, in which a cardiologist stated that sudden cardiac death in sports was rare. Yes, how now? There are no reliable statistics to make comparisons. But Wikipedia has lists of athletes who have died while playing.

This list, which goes back to 1889, is very long at first glance, but it shows that even in the “catastrophic” years there were 5-8 such deaths. Many of these are related to heart problems. It is therefore difficult to answer this question without official and complete statistics: Is the number of “sudden and unexpected” deaths in sports really higher, especially when it comes to professionals and top athletes? And is it due to vaccination, as many critics suggest? 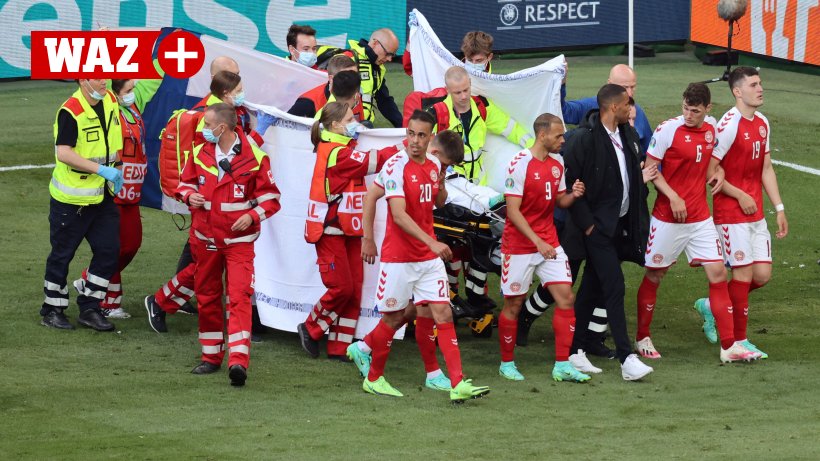 Cardiologist: Sudden cardiac death rarely occurs in sports
The collapse of Danish professional Christian Eriksen is a reminder of fatal heart diseases. How they occur and how they can be prevented.

More than 75 Known Cases in the Last 5 Months

We have compiled a list of known cases in the last few months. It is most likely incomplete. Among them are many deaths – and some who developed severe heart problems but fortunately survived. Notably, the youngest person on the list was only 13 years old, so many of the entries are for people under 20.

In general, we can say that there are many signs of a conspicuous increase in 2021. But why are the authorities not interested in this, why are excuses always made instead of conducting rigorous investigations, accurate autopsies? It may be that all these people died or became seriously ill on the field for “normal” reasons.

But we don’t know for sure – and that is a criminal failure by those in power, to whom we pay billions in taxes, to make sure we have a good health care system and that we get only truly safe and tested drugs. Indeed.

Here’s the list of horrors, starting in June 2021 – when the vaccination campaigns were in full swing and everyone who blindly trusted the system had already received their second injection. We do not claim that all of these people became ill and died because of vaccination, nor do we claim that there is a proven link in the case of vaccination.

In most cases, the date given is the date of the report and does not necessarily correspond to the date of the event. Strikingly, most of the links we looked for lead to articles that are hidden behind a paywall and therefore can be read by relatively few people. Coincidence?

6/12/21, Denmark 29 years old
Soccer player Christian Eriksen collapses lifeless during a European Championship match – he can be revived, but needs a pacemaker for the rest of his life.

22.07.21, Germany, 36 years old
On July 22, SV Olympia Schlanstedt and Germania from Kroppenstedt met each other. During the match, Schlanstedt’s player Nicky Dalibor collapsed and had to be resuscitated on the pitch.

23.07.21, Germany, age 27
Tim B. of SV Hamberge (Schleswig-Holstein) collapses and dies after returning from a soccer tournament.

07/24/21, Germany
A player of TuS Hoberge-Uerentrup (Bielefeld) collapses on the pitch with cardiac arrest.

02.08.21, Austria, 18 years old
Chronicle: 18-year-old unnamed player in Burgenland (Austria) collapses on pitch and can be saved thanks to helicopter intervention.

06.08.21, Germany
Kreisliga player of SpVgg. Oelde II has to be resuscitated by his opponent.

21.08.21, Turkey, 31 years old
Fabrice N’Sakala (31) of Besiktas Istanbul collapses on the field without the intervention of an opponent and has to be taken to hospital

08/24/21, Luxembourg, 29 yrs.
José dos Reis, a Red Black Pfaffenthal (Luxembourg) player collapses on the field and has to be resuscitated.

08/29/21, Germany
In the C-Liga Dillenburg (Central Hesse), a player from Hirzenhain collapses and the game is stopped.

06.09.21, Austria
Player of ASV Baden (Lower Austria) collapses on the pitch and has to be resuscitated.

09/11/21, France, 49 yrs.
Ain/France: Frédéric Lartillot succumbs to a heart attack in the locker room after a friendly match.

11.09.21, Italy, 45 years old
Andrea Astolfi, sporting director of Calcio Orsago (Italy), suffers a fulminant heart attack after returning from training and dies without prior illness at the age of 45.

09/12/21, Austria, 40 yrs.
A half-marathon runner collapsed during the race and died a short time later.

21.09.21, Germany
During the women’s World Cup qualifying match between Germany and Serbia in Chemnitz, the English lineswoman Helen Byrne has to be carried off the field with heart problems.

27.09.21, Germany
Match abandoned due to cardiac arrest of the referee in a match of Lauber SV (Donauwörth district).

09/28/21, Germany, 17 yrs.
17-year-old soccer player of JSG Hoher Hagen has to be resuscitated during a game in Hannoversch Münden.

29.09.21, USA
A high school football player collapsed during practice and died at the hospital.

09/30/21, Germany
A player collapsed during the Kreisliga A 2 match between SV Hoßkirch and TSV Sigmaringendorf. He suffered a cardiac arrest and had to be resuscitated.

9.10.21, Mexico
Caddie Alberto Olguin collapses dead at golf course after heart attack. It is believed to be the second such death in a short time.

9.10.21, England, 29 yrs.
Shrewsbury professional striker Ryan Bowman has to leave the field after half an hour of play with extreme heart problems and be treated with a defibrillator.

10.10.21, Italy, 18 yrs.
Soccer player suddenly faints on the field, is resuscitated by teammates.

10.10.21, Italy, 59 years old
A long-distance runner from Biella dies of heart failure during a race.

10.10.2021, Germany
In the Women’s Westphalia League match between Wacker Mecklenbeck and Fortuna Freudenberg, a player collapses shortly before the end of the match without being affected by an opponent.

10/15/21, USA, 14 years
14-year-old soccer player Ava Azzopardi collapsed on the field and is now fighting for her life in an induced coma.

10/17/21, France, 41 yrs.
A soccer player collapsed on the field and died, apparently due to cardiac arrest.

10/27/21, Austria, 26 yrs.
Ghana’s Raphael Dwamena collapsed with severe heart problems. He was already wearing a defibrillator before the incident.

10/30/21, Spain, 33 yrs.
FC Barcelona star striker Kun Agüero had to be substituted in a match due to heart problems. He is now in hospital for examinations.