It takes determined people immune to fear and intimidation, including death threats, to continue the fight for truth at all costs. These are the kind of Americans who are pioneers, who will do anything to defend their Constitution, who are impervious to the difficulty of unraveling a decades-long web of fraud and restoring the integrity of their electoral system.

A Justice System under Control

Lawyer Sidney Powell knows from the inside how the Department of Justice works and has been in the grips of the “deep state” more than 15 years ago: she testified about her experiences, notably in the Enron affair and the fall of the Arthur Andersen law firm, which had made headlines in her book “Licensed to lie” (book published in May 2014, not translated into French), disclosing the corruption of the federal justice system.

During his two terms in office, Obama systematized the appointment of judges and heads of department divisions, who do not render justice according to responsibilities and crimes committed, but serve political interests. In mid-December 2020, the Advocate intervened with President Trump to implement Cyber Security Executive Order No. 13848 and order a full forensic audit of voting machines by nonpartisan experts in five key cities. But in the White House, the President’s inner circle was eager to see him go: too many elected officials and federal agents knew full well what happened during those elections and had no interest in triggering those audits.

According to S. Powell, the processes used by the “Deep State” to block any attempt at forensic auditing including machines, databases and routers are considerable. Dominion, Smartmatic and Eric Coomer [vice president of Dominion Voting Systems] are suing her for defamation for $3 billion! The lawyer hasn’t even read the subpoena, knowing that none of them have any evidence to disavow what she has publicly stated about the fraud perpetrated via Internet-connected voting machines.

These legal attacks on her show that she is right on target, and will expose the evidence and proof that she and her team have accumulated over the weeks since November 2020.

The fact that the Supreme Court ignored the voter fraud cases that were rushed to it before January 6, along with hundreds of sworn testimonies, confirms that the judicial system has been corrupted and controlled since the installation of the voting machines, including the now infamous Dominion, since at least 2004.

This fraudulent system, which has been at work for decades and has been refined with technology, calls into question the election of state representatives at all levels, whether they are senators, congressional representatives… or the President. It is important to know that there is software containing the algorithm for altering the results, including the specific key related to the census of the different states, discovered by the physicist Douglas Frank. If a limited number of experts have the power to remotely introduce this software in each state, in the key states, it is a different matter. Corruption has to work at different levels: from the secretary of state in charge of elections, and thus to elected officials, to local officials such as the sheriff and election officials. This is certainly what happened in the counties of the five most populous cities in these states that could swing the election: Philadelphia, Atlanta, Detroit, Phoenix and Madison. Lire ici.

In these counties, where the vote count was suspended in the middle of the night, the number of absentee ballots exploded, a classic means of committing fraud – in France, absentee voting was banned by law in 1975 because of the fraud that this system generated. The covid epidemic was providential: it allowed some states to generalize this form of voting, to pass emergency laws modifying the electoral procedure, and to install collection points in decisive districts. It takes accomplices on local teams. The videos of election officials in Fulton County, Georgia, provide a significant illustration: after observers and the press are dismissed, workers pull suitcases of ballots from under tables and then validate them in tabulators, sometimes revalidating the same ballot two or three times.

The campaigns for the 2022 gubernatorial election have already begun, and Republican candidates are being taken to task by voters, who are increasingly demanding forensic audits before returning to the polls. Vernon Jones, a candidate in Georgia, is fighting to get subpoenas and conduct audits not only in Fulton County but in bordering counties, to verify – as was done in Arizona – all handwritten ballots, including absentee ballots.

This is also the case in Pennsylvania with Republican candidates Doug Mastriano and Jake Corman, who just got the necessary subpoenas to start an election audit.

Experts on the Campaign Trail

Since Mike Lindell’s cyber symposium, viewed by 40 million unique visitors, experts have been on the campaign trail to show the public how fraud was committed. Invited across the country to conferences that bring together thousands of patriots, Dr. Douglas Frank, a physicist specializing in electoral models, patiently explains to the public how the algorithms worked in three stages. 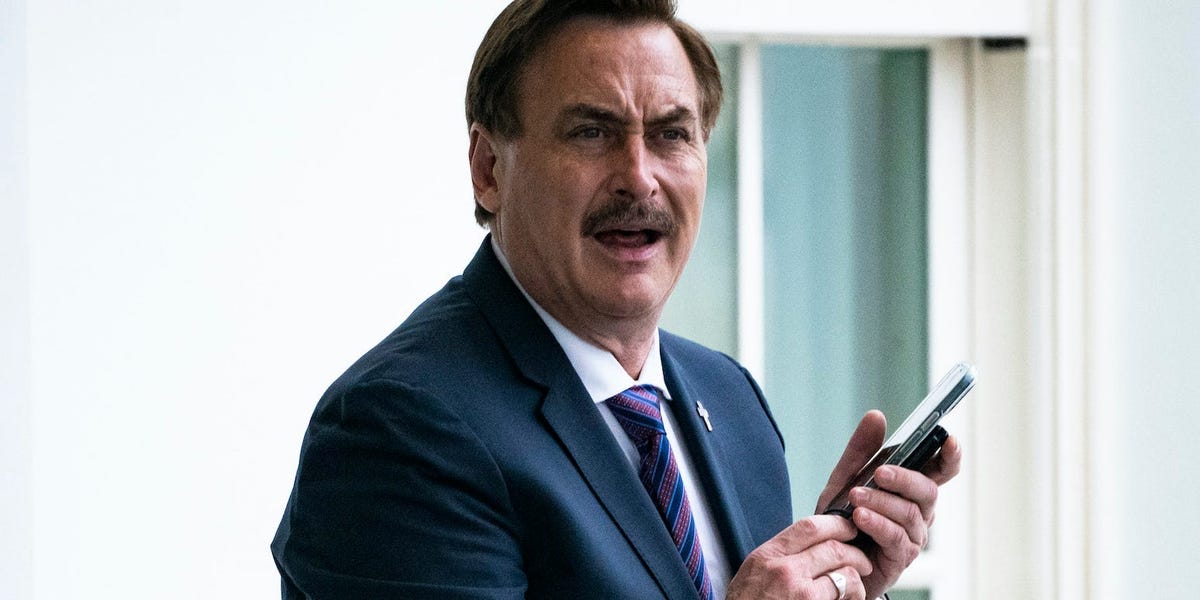 Before the election, the voter database is inflated with voters who have moved, died, or are artificially created from common names in the state, allowing the generation of ballots that support the desired outcome (Biden). These are called “ghost” voters. During elections, by tracking votes in real time, the necessary votes are injected as they are cast via voting machines.

After the election, it’s time to clean up so there’s no trace. But from November 3 to 6, 2020, all these computer movements were recorded in real time on the routers by cyber experts: 37 terabytes of election data constitute the evidence now in the hands of Mike Lindell and his teams.

A Flock of Ghost Voters

The ways of bringing fraud to light are multiplying. In several states, citizens have taken it upon themselves to canvass voters, a painstaking job of checking house by house to see if the voter exists, has moved, or is deceased; they are not asked who they voted for, but if they actually voted, and how many ballots they received in the mail. In Arizona, Liz Harris, a candidate for state representative, attended public hearings with Rudy Giuliani’s legal team on November 30. As a result, she organized a team of hundreds of volunteers to check the integrity of the voter base in Maricopa County.

These citizens went door-to-door in the various precincts, interviewing residents with their questionnaires and feeding an app developed for this purpose as they went along. Fifty percent of residents willingly answered their questions. Liz Harris was threatened by the Department of Justice: is it because the results of these canvassings presented in her report are significant? 34.23% of citizens claimed to have voted, while their vote was not counted in the results, the equivalent of more than 173,000 lost votes. 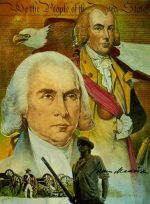 What happened in the 2020 Election?
Crime of the Century

Big Data mathematician Bobby Piton, meanwhile, after testifying about his analyses of election databases going back 100 years, also uncovered the fraudulent ghost voter technique. Liz Harris’ canvassing team searched for them in Maricopa County. They came up with a low estimate of 96,389 ghost voters. Remember that Biden won with 10,457 votes. For statistician Seth Keshel, these elections are completely unverifiable.

Oregon and Missouri are running similar election canvassing. Among elected officials in the state of Arizona, the battle continues fiercely, and Democratic Secretary of State Katie Hobbs is maneuvering to slow the release of the audit report. With the editors catching the covid, the official release is further delayed. Meanwhile, Arizona Senator Wendy Rogers has been hard at work visiting states that have decided to conduct audits. The veteran U.S. Air Force lieutenant colonel has formed a caucus with fellow legislators from other states to organize de-certification at the national level. She has posted a petition to de-certify the presidential election, collecting one million signatures: her call has already garnered more than 800,000. Lire ici.

In an interview with Gateway Pundit on September 10, Donald Trump said:

“The people are leading the charge and demanding forensic audits. It’s become a huge movement. I think they’re going to have to de-certify the election.”

The rest of the story will soon tell.