Adding to the recent allegations that Fauci’s National Institute of Allergy and Infectious Diseases (NIAID) sponsored the Wuhan Institute of Virology (WIV) for gain-of-function research that could have related to the SARS-CoV-2 that caused the COVID-19 pandemic, now National Pulse claims that a human right abuse entity in China also paid their attention to the Wuhan agency. 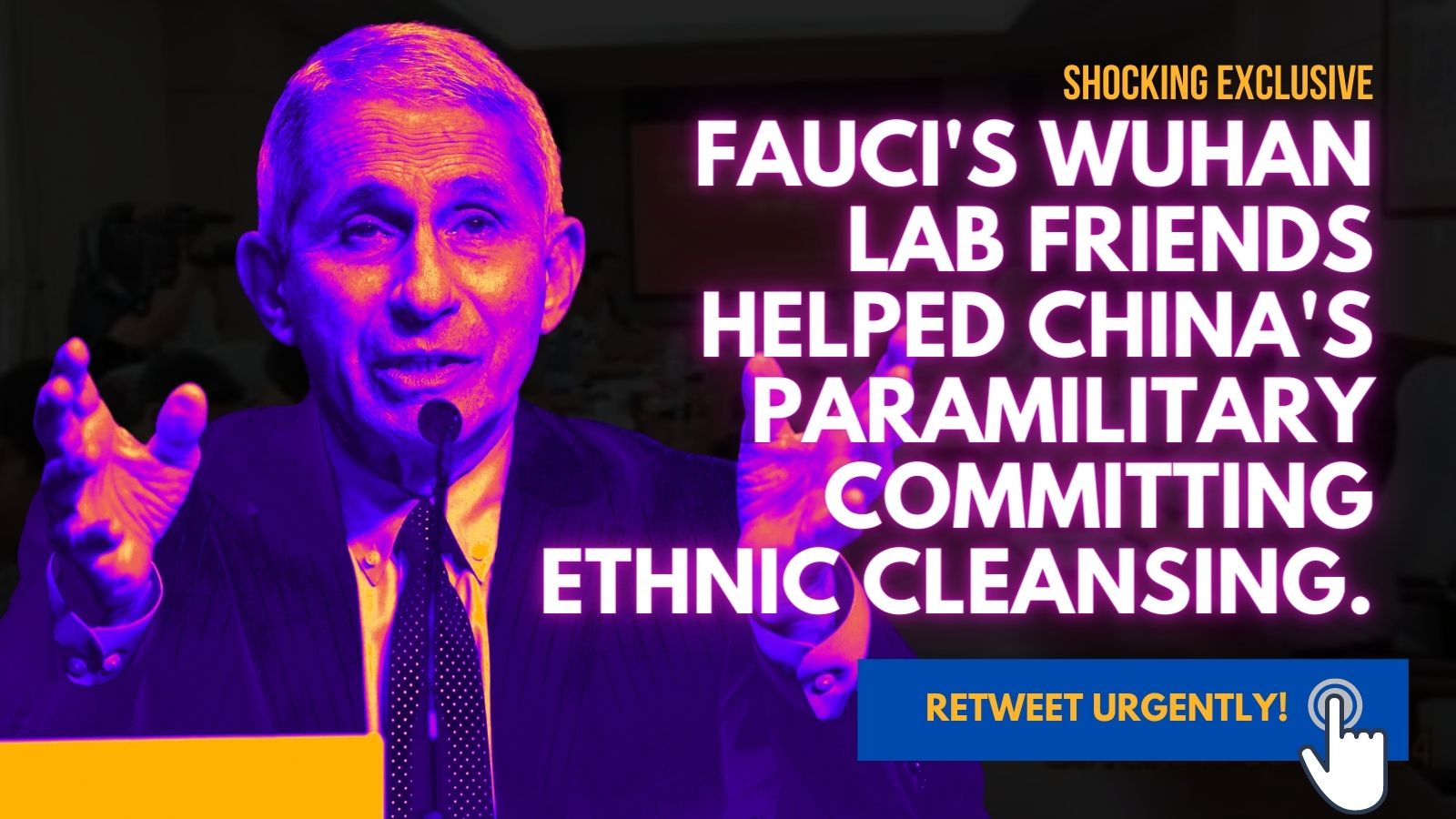 EXCLUSIVE: Fauci-Linked Wuhan Researchers Aided U.S.-Sanctioned, China Paramilitaries in Oppressing Uyghur Muslims.
The Wuhan Institute of Virology – now believed by many to be a potential source for COVID-19 – collaborated on scientific research with the premier Xinjiang paramilitary force sanctioned by…

As top officials in the U.S. press for clarification of the COVID-19’s origin, all attention starts to circulate around the WIV, allegedly the place where coronavirus was incubated as escaped from. Past WIV reports retrieved by National Pulse also point to a Chinese Communist Corporation’s involvement with the Wuhan agency.

National Pulse cited the paramilitary Xinjiang Production and Construction Corps (XPCC), which has been recognized by international officials as one of the core places that foster the Chinese Communist Party’s practice of serious human rights abuses imposed on Uighurs and other ethnic minorities in the country.

According to several past documents that are now mostly deleted that the outlet was able to extract, top personnel from WIV and XPCC joined a meeting in Xinjiang to discuss multiple collaborative projects in 2013.

The meeting entailed some form of ominous agreement between the Wuhan research facility and the CCP’s military-based corporation.

Notably, among them was the “Integration and Demonstration of Efficient and Safe Gnat Prevention and Control Technology” that would involve “jointly undertaken by Wuhan Insitute of Virology and the 10th Division of XPCC.”

The outlet stated that the contract demanded a “pledging” of loyalty from WIV researchers to the Chinese CCP’s agenda and the presence of government-based scientists at the facility.

The XPCC’s integrity profile, however, is remote from a decent or even normal national defense force under international eyes.

Together with other countries around the world, both the Trump and Biden administrations have imposed heavy sanctions against the government-based corporate group for their immoral violations such as detention, systematic rape, torture, and forced labor.

XPCC’s cotton has been identified as the product of forced labor in China by the U.S. Department of Homeland Security (DHS) last year, which announced a ban on importing the corporation’s commodity on December 2, 2020.

The paramilitary group, as National Pulse quoted, is described by local media as an auxiliary military force that aims to “maintain socialist stability” and “become a top” system in the region.

Connecting the dots among the accusations of the gain-of-function research that Fauci’s NIAID funded to the WIV (although he has denied the claim, only admitting that the WIV indeed gave out money to the Wuhan lab between 2014 and 2019), this latest digging will add more to the “conspiracy” dubbed theory that COVID-19 was the Chinese government’s engineered bioweapon.