The “health pass” and the various technologies of social control represent such an achievement in the management of the health crisis that it would be a pity not to use these tools for other crises, and in particular the one associated with the climate.

At least that’s what four researchers suggest in an article published August 16 in the “prestigious” journal Nature: take the tools for fighting the Covid epidemic and apply them to fighting the “climate crisis.” The idea (which dates back to the 1990s) is as follows: allocate each person an “individual carbon quota” and (novelty) use technological developments to control and enforce this quota.

The article’s first observation, which no one will dispute, is that “restrictions on individuals in the name of public health … that were unthinkable only a year ago have been adopted by millions.” Logical deduction: “people may be more willing to accept the monitoring and constraints associated with individual carbon allowances to promote a safer climate” or other “benefits” such as “reduced air pollution and improved public health.” 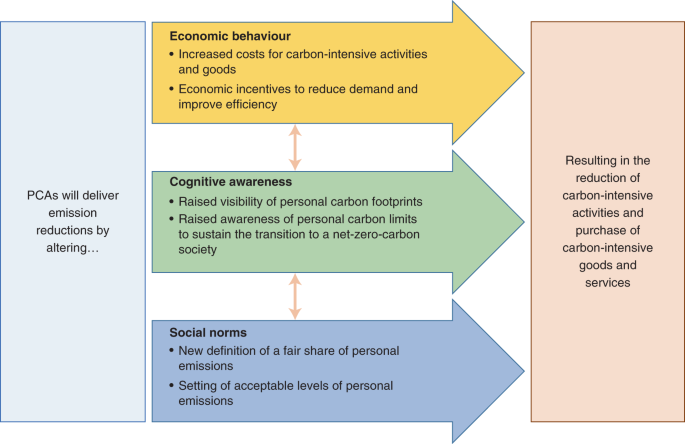 Plotted as Never Before!

It’s this public acceptance of “additional monitoring and control in exchange for greater safety” that seems to inspire our researchers the most: the “technological advances” carried by mobile tracking apps give them plenty of ideas “for designing future personal emissions tracking apps.”

First, tracking and tracing that would estimate “emissions based on tracking the user’s travel history.” We can imagine, for example, that depending on the trajectory and speed of travel, these future applications would be able to identify the mode of travel and therefore the corresponding carbon dioxide emissions. But even stronger, the researchers propose using artificial intelligence to “fill in data gaps and accurately estimate a person’s emissions based on data such as stops at gas stations, check-ins at certain locations, and travel history…”

He continued, “Artificial intelligence could be particularly useful for allowances that include food and consumption-related emissions. Many applications can already understand personal travel and eating behaviors and estimate carbon emissions and potential health consequences.” The technology is already there, it’s just a matter of picking the algorithms that can estimate “food-related emissions based on shopping habits.”

The Last will be Last

And while our researchers note that “an ever-increasing number of decision-making tasks are being delegated to software systems,” and so this should pass without too much trouble, they are nevertheless aware that it will be necessary to assess “the possible negative consequences of individual carbon quotas on vulnerable consumers” and that their application will have to “strive to be equitable,” even if “it is impossible to have a policy without losers.”

Losers”, because it should be kept in mind that, as presented in the Nature article, these quotas would not be indicative or educational, but mandatory and binding. Each person is allocated a carbon capital to which he or she must limit himself or herself under penalty of… The object of the article is not political, so we won’t know more about the penalties to which offenders would be exposed, but we can easily imagine various restrictions on movement or consumption, and we note that the article mentions the “fight against under-occupation” of housing. Soon the compulsory sharing of apartments?

If you find the idea of forcibly sharing your home violent, consider that it could be much worse, you might not have a home at all. What does this have to do with anything? An article in Sciences & Avenir n°878 (April 2020) dedicated to the fight against “global warming” which suggests nothing less than “banning the construction of individual houses” by 2029. According to the article in question, “the average surface area has continued to increase so that today each French person has an average of 40m2”, a surface area that the research firm quoted in the magazine would like to reduce to 32m2.

A whole program full of good will and benevolence that does not shy away from suggesting the hard way in the form of a very rhetorical question: “Should we impose these measures when good will and declarations of intent are obviously not enough?

The future is rich with promise.