Billionaire George Soros has actively engaged in seditious, treasonous, traitorous activities against the United States for decades, but because he spreads his money around to all the right political leaders, he has gotten away with behavior that would have already landed an ordinary person in prison or on death row.

Do not Elect More Anti-Americans to Higher Offices

Which goes to prove how badly negligent voters have been for years, allowing political hacks and partisan elites to completely wreck the system of government our founders fought and died to bequeath us.

What to do about that is obvious — stop electing the same Marxist, elitist, America-last individuals to higher office. And when we replace them with leaders our founders envisioned, we’ll be able to hold left-wing groups funded by Soros accountable when they actually call for the murder of lawmakers they disagree with politically. 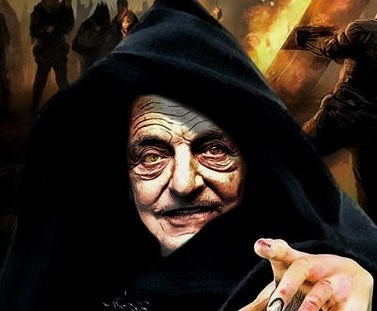 George Soros trumped American democracy by rigging election for Biden
By now, you have probably heard all about the Dominion Voting Systems technology that was used to rig the election for Joe Biden...

The Washington Free Beacon has more:

A left-wing group funded by the Center for American Progress and George Soros’s Open Society Foundations submitted a letter to the government that advocated for murdering Republicans.

Free Press, a well-funded liberal group that aims to “reshape media” in the United States, sent a letter to the Federal Communications Commission that included the question: “Are we going to have to shoot Republican[s] to reclaim our democracy?”

The Free Press letter, which called on the FCC to “investigate its own history of racism and examine how its policy choices and actions have harmed black people and other communities of color,” was signed by just under 5,000 of the group’s members, who were given the opportunity to provide comment along with their signature. The call to “shoot” Republicans came from a California member named David Lyons, who further complained that “racist horses**t like FOX and the other ultraconservative outlets and Christians” owned “most of our media.” (See Attachment at the End.) 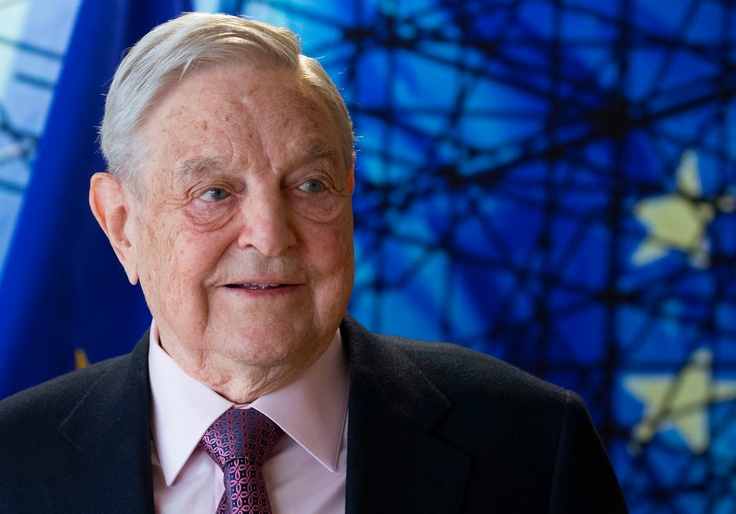 Liberal Group Includes Call to ‘Shoot Republicans’ in Letter to FCC
A left-wing group funded by the Center for American Progress and George Soros’s Open Society Foundations submitted a letter to the government that advocated for murdering Republicans.

It is about Authoritarianism

And again, let’s not forget whose organization funds these lunatics.

And while we’re at it, this is also a good time to point out, again, that the left always uses language that signifies the opposite of what they believe in; “Free Press” isn’t really about ‘freedom of the press, a la the First Amendment, as you can see. They want conservative and right-leaning outlets off the air, but not left-wing outlets because they’re not really about “free press,” they are about authoritarianism, which is typical for the left.

The Free Beacon said the organization formally withdrew its petition after one of the FCC’s commissioners, Brendan Carr, said the murderous, violent rhetoric contained therein was disqualifying.

“The only action the FCC should take on a request like this—one based on a comment asking whether Republicans should be shot—is to dismiss it with prejudice,” Carr told the outlet. “The FCC should not endorse this type of call for violence by opening an FCC proceeding on it.”

Free Press says it “deeply regrets that this incident occurred” and pledged to “take measures in the future to closely review public comments to ensure that this never happens again.”

What a lie. These people are crazy mad with hate for conservatives and especially supporters of President Donald Trump, as they demonstrated time and again during his term.

How do we know? Because, as the Free Beacon reports, this is not the first time ‘Free Press’ has used vile, filthy language to express itself:

The letter isn’t the first instance of politically charged rhetoric from Free Press, which counts the Center for American Progress, Tides Foundation, and George Soros’s Open Society Foundations as major donors. Its CEO Jessica González has a long track record of demonizing political opponents, writing in 2018 that civility is “bulls**t.”

“If ‘civility’ demands we STFU & politely welcome white supremacists from this Administration who are committing atrocities & violence against our communities, then F**K civility,” Gonzalez said. “You will not distract us with this bulls**t.”

She also compared Fox News to Nazi Germany and attacked the media for supposedly ‘legitimizing Native American genocide’ through the promotion of Thanksgiving — a holiday in which we honor and give thanks to our forefathers for persevering in the New World with the help of Native Americans.

Gonzales and left-wing lunatics like her can’t even hate accurately.