One only has to read the conclusions of the recent G20 summit and listen to Emmanuel Macron’s speech at COP 26 in Glasgow to understand that Europe is home to two eager students of the Great Reset and the New World Order it brings, through the cascade of multilateral bodies “coordinating” the international response to the COVID crisis.

We are not sure if these responses are effective, but we are beginning to discover how much they are coordinated without any consultation with the people exposed to them. This is the Great Reset: the setting of national policies by a globalized caste that meets regularly to create and implement ever more restrictive “agendas” in defiance of universal suffrage.

Draghi and Macron are now the best students of the Great Reset and its multilateralism, which is gradually transforming into the New World Order. Until now, multilateralism was limited to the exercise of a kind of international soft power focused on very specific issues. Now it has the ambition to coordinate all national policies, under the guise of recovery from the COVID crisis and ecological transition. Gradually, national frameworks are being replaced by a global logic based on the coordination of major decisions at regular summits, nested like puppets.

Draghi and Macron, Champions of a New World Order

It is remarkable how two European leaders are eager to participate in the establishment of a new world order. We recently reported on Macron’s implementation of the Great Reset in France and Klaus Schwab’s various proposals. We go into detail about the progress made by Mario Draghi at the level of the G20, which he chaired. Macron responded to these proposals with a fiery speech at COP26 in which he advocated a new multilateral engagement.

The eagerness of both men to serve this order, based on multilateral summits embedded in each other (UN, G7, G20, EU, COP, NATO, etc.) where all public policies are reviewed, raises the question of their rivalry for a possible “exit post” after their terms.

In any case, France and Italy are now in the driver’s seat to lead, thanks to the “recovery” or “revival” after the epidemic, a brutal change towards a new world order in which decisions are no longer taken in consultation with the population but are directly controlled by a globalized caste that usurps power. 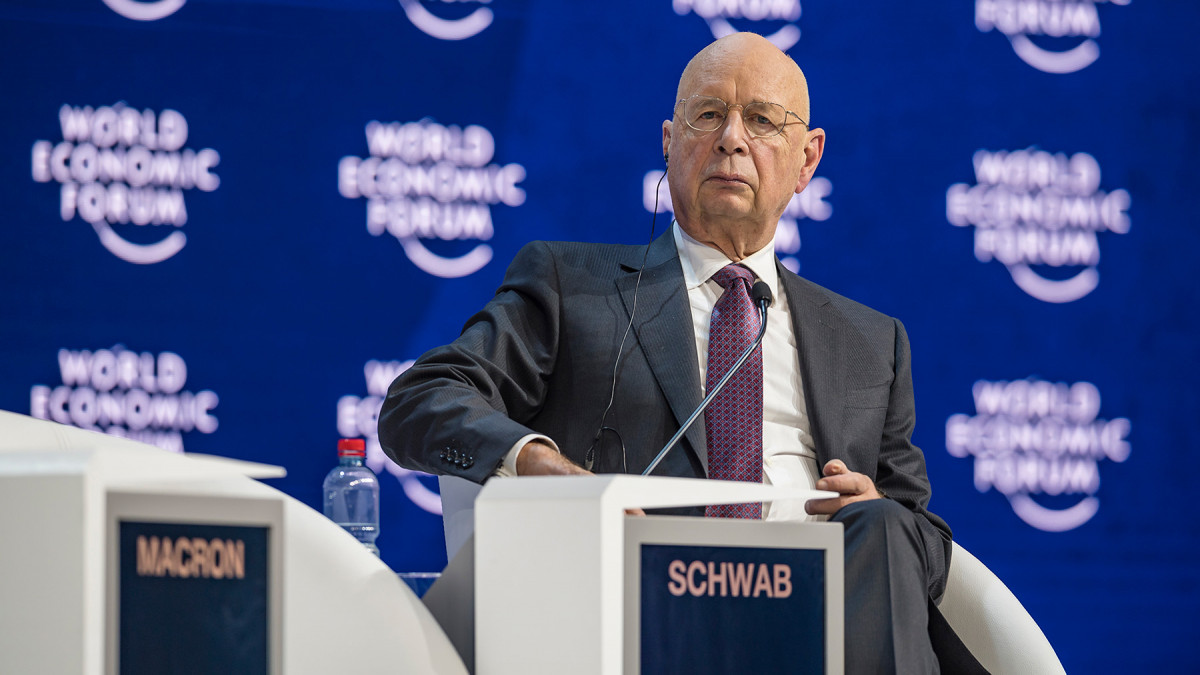 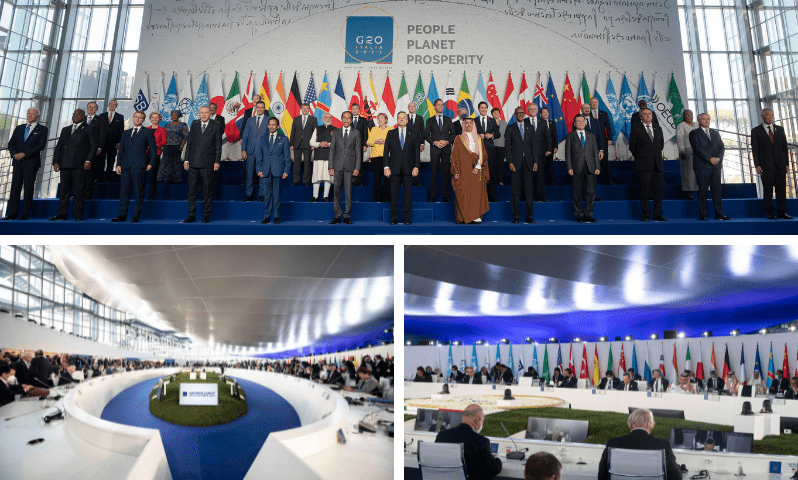 How the G20 is gradually establishing a new global political order
The G20 and its conclusions have gone largely unnoticed. It must be said that the general public...

How the Great Reset Imposes the New World Order

One must read the conclusions of the G20 summit to understand the contours of the New World Order and its close relationship to Schwab’s Great Reset. In practice, all the decisions of the G20 last year were formulated in the Davos founder’s book.

The point is not that Schwab is a bigwig pulling the strings of the planet. Rather, he has played the role of scribe for a globalized elite that patiently “pulls” its projects sector by sector, policy by policy. This slow maturation process, which includes the Davos Forum, is now bearing fruit.

It is leading to a homogeneous action plan whose main pillars are well known: Digitization, Vaccination, Ecological Transition, with the background of defending free trade and focusing world government on multilateral bodies instead of nation states and their universal suffrage. In this constellation, power is exercised by a kind of technostructure that manages peoples and nations like a business: with a set of plans and goals to be achieved over time, confirmed by collective process reviews.

A key element in this context is the haste with which the transition is being accomplished. It is being delivered by the ouster of Donald Trump and the election of Joe Biden, himself a learned disciple of multilateralism and the Great Reset. As long as Donald Trump is in the White House, the enduring dominance of the globalized caste is threatened. The arrival of Joe Biden is as much a blessing as a race against time: we must hurry now to set irreversible milestones in building an order that no longer relies on universal suffrage.

Immediately after taking office, Biden rushed to implement the “big government” economic policy advocated by Schwab. But this strategy must now be embedded in the construction of the world order itself. That is the task to which a Draghi or a Macron is committed: to move as fast and as far as possible, assuming that the battle of wits with the people has not been won and that all that is taken is no longer to be taken.

This haste shows how much Trump has hindered the development of the projects concocted by the globalized caste. The eruption of COVID 19 offers an unexpected opportunity to make up for lost time and gain time for the future. 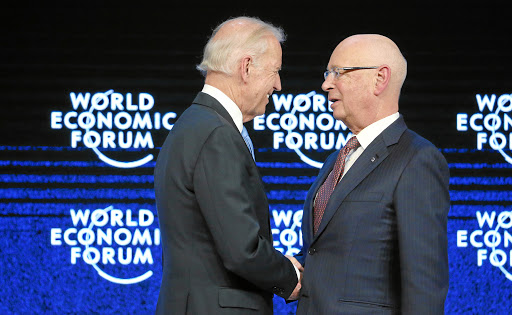 How Biden faithfully applies the Davos Great Reset
The conditions under which Joe Biden came to power were turbulent, which the French press...

The Emergence of New Rogue States

In the old Pax Americana, certain states (Libya, Syria, Iran, North Korea) were declared “rogue states” to be fought. The establishment of a new world order leads to the emergence of new rogue states. Russia, which was already in trouble with this system, will join this list, as will Brazil, which has become unpalatable with Bolsonaro, and Turkey, where Erdogan is setting in motion a project between East and West that is likely to lead to a dead end sooner or later.

In any case, it is no longer possible for a state to escape the nascent international order. A state has been created that leaves little room for contestation….

Liberal democracy has now passed its historical optimum. As Michel Maffesoli says, it is time for the people to rise up against a caste that has decided to mistreat them.