A study on coronavirus’ spike protein confirms the suspicion that it is rather a vascular disease than a respiratory illness.

The study was first released on Circulation Research on April 30, proving that the virus causes cardiovascular issues due to its spike protein, attacking cells and damaging the 60,000 miles worth of blood vessels of arteries, veins, and capillaries that run throughout a human body.

The study was executed by the collaboration between scientists from Salk Institute for Biological Studies and the University of San Diego, together with co-first author Jiao Zhang and co-senior author John Shyy.

The discovery assists in a deeper understanding of Covid-19’s broad range of unrelated complications, paving the way for further research into developing appropriate therapies.

According to Uri Manor, assistant research professor and co-senior author of the study, their findings connect with other parts of the body besides the lungs experienced by virus patients.

“The commonality between them is that they all have vascular underpinnings,” she said.

The suspicion has been around for a while, but this new study was able to produce conclusive proof, which clarifies the mechanism of how the coronavirus can affect the vascular system with its spike protein.

Previously, it has been observed that SARS-CoV-2 has the S spike that damages receptor ACE2 by forming the crown and attacking the cell’s energy-generating system, which leads to impaired endothelium that lines the blood vessel.

The researchers examined the role of protein S by creating a pseudovirus containing not only protein but not the whole virus itself and found out that it alone was capable of causing the damage. The problems with the respiratory system are the aftermath of when protein S has already impaired vascular tissue in the lungs.

The report’s results clarified why some rare cases of blood clotting could appear on patients taking the AstraZeneca and Johnson & Johnson vaccines.

This has raised some concerns over the current Covid-19 vaccines, which contain replicas of the S protein while it is the protein that can induce the symptoms.

Professor Uri Manor, a member of the research team, dismissed the hypothesis, saying that their study only added more data on how dangerous the disease could be. “Our paper just shows that this disease really sucks,” he said on Twitter.

“A lot of people think of it as a respiratory disease, but it’s really a vascular disease,” says Manor. 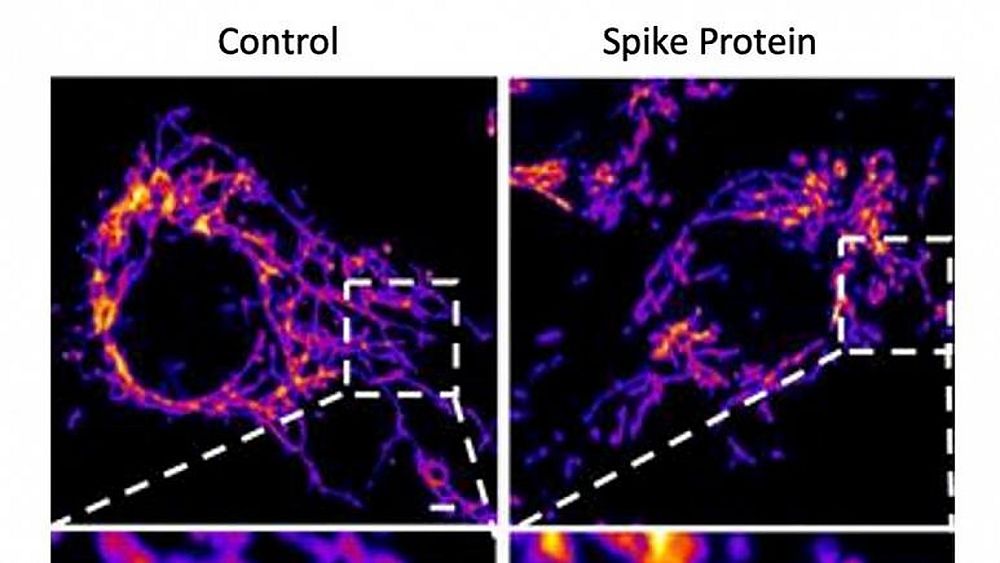 COVID-19 is a vascular disease not a respiratory one, says study
This could explain blood clots in some COVID patients and other issues like “COVID feet”, which are not classic symptoms of a respiratory illness.
Abonner på vores kanal
Brug Scan QR-koden til at kopiere linket og dele det