Once again, the World Health Organization (WHO) sidelined Taiwan and did not invite it to this year’s World Health Assembly (WHA). The Chinese Communist Party’s (CCP) propaganda arm, the Global Times, boastfully celebrated the WHO’s decision, saying Beijing has the “final say” on the island’s participation.

In May 2020, when Mike Pompeo was Secretary of State, he asked the WHO to include Taiwan to the Assembly, due to the island’s success in fighting the outbreak of the CCP Virus, despite being in close proximity to the home country of China.

However, according to Breitbart, the WHO refused, claiming director Tedros Adhanom did not have the power to do so. 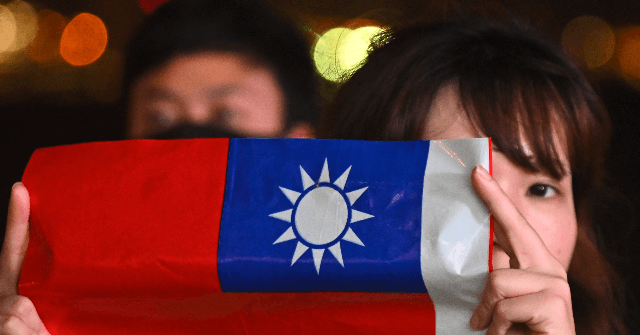 Taiwan Blocked from W.H.O. Assembly Despite Stellar Coronavirus Response
The Global Times gloated on Tuesday over Taiwan not receiving an invitation to this year’s World Health Assembly (WHA).

This year, the United States and other nations again called for Taiwan’s participation, but again Taiwan was ignored by the WHO.

The CCP, via The Global Times, belittled Taiwan’s sovereignty, claiming that U.N. agencies did not accept the Taipei regime.

“It is Beijing, rather than Washington, that has the final say on how much space the island will have for international participation,” it said in its editorial.

Taiwan has led one of the world’s most effective responses to the CCP Virus (COVID-19) pandemic, keeping cases and deaths to a minimum. As of the day of publication of this report, it had only 12 deaths as a result of the virus.

Recall that the island is only 128 kilometers away from China, where the virus originated, according to indications, in late 2019.

Taiwan’s case is pointed to by many experts as a success story in how to respond to the pandemic.

So why doesn’t WHO hold it up as an example?

The answer is simple. It is because this organization is ignorant of Taiwan’s international legal existence.

This is due to the negative influence exerted by the CCP, which does not recognize the independence declared for nearly 70 years by the island.

That is why Taiwan has always been excluded from emergency meetings and important world expert reports on the CCP Virus pandemic.

But that is not all. The WHO lists Taiwan’s CCP Virus statistics along with China’s, a deliberate and misleading move that denies the world accurate information about the pandemic.

In the month of March 2020, Bruce Aylward, a senior WHO official evaded questions from a Hong Kong journalist who twice asked him about Taiwan, and simply cut him off.

Taiwan’s early warning to WHO

WHO denied having received it, then—in collaboration with the CCP—delayed the information and its warning to the world about the CCP Virus.

Why this kind of alliance?

It’s known that the WHO director-general, Tedros Adhanom Ghebreyesus, won election to his post in 2017, with the backing of the CCP.

On several occasions, Tedros has refused to criticize the CCP. Instead, he praised it for giving the world a “window of opportunity” to curb the spread of the CCP Virus.

WHO Chief Said In February Coronavirus Could Be ‘Controlled Easily’ And Praised Xi Jinping’s ‘Personal Leadership’
World Health Organization Director-General Tedros Adhanom Ghebreyesus said during a speech in early February that the spread of coronavirus outside China could be "controlled easily".

In conclusion, Taiwan’s success is due to the fact that it did not wait for a response from the WHO or trust China, so it immediately began to control and tighten its borders.

Taiwanese health authorities are already aware of the CCP’s tendency to hide the facts, as happened in 2002 with the SARS virus outbreak in China.

Therefore, they implemented their early strategy and are now engaged in helping several countries around the world that, in contrast to the U.N. and the WHO, recognize Taiwan for what it is, an independent nation.