Physicians and scientists from different countries shared their successful experiences with early treatments that have saved the lives of thousands of people and exposed the abuses of official protocols. The historic statement has already been signed by more than 9,100 health professionals.

There are Ways to Prevent an Infection

Contrary to what people have been led to believe since the Covid 19 outbreak began, there is not one, but several treatments that can reduce the severity of the disease and the risk of dying from it. There are even ways to prevent infection. If there is no longer any doubt about this reality, it is thanks to the doctors and scientists who were encouraged to administer early therapies to their patients. In contrast, their successes showed that many of the deaths were due to an unprecedented case of global malpractice: Patients who had contracted the virus were denied appropriate care and were hospitalized after their condition had already fatally deteriorated.

By defying the consensus of the world’s leading health organizations and enduring constant discrediting by the media, these doctors and scientists are now beginning to be recognized for their heroism. With more than a year and a half of experience under their belts, they have also taken the lead in the “Covid 2021” international summit, held in Rome from September 12-14, to share their acquired knowledge and put an end to this pandemic of terror.

“At last, the world can hear first-hand reports and research directly from physicians who have treated Covid 19 patients. It is time for experts to join forces to overcome this pandemic,” stressed organizers of the event, which brought together experts from several countries, including Argentina, and included a day-long exhibition at the Italian Senate, led by Senator Roberta Ferrero.

“Elderly, obese people and people with serious diseases have a high risk of death and disease, that’s true. But what we’ve learned from Dr. Zelenko and many other leaders here is that we can keep almost all patients out of the hospital if we intervene early and use a variety of different agents. Those agents include ivermectin, hydroxychloroquine, and many others that will be discussed today,” Malone said, according to a video message from Zelenko as he opened the lecture series, which also included U.S. cardiologist Peter McCullough and Pierre Kory, president of the Frontline COVID-19 Critical Care Alliance (FLCCC Alliance). 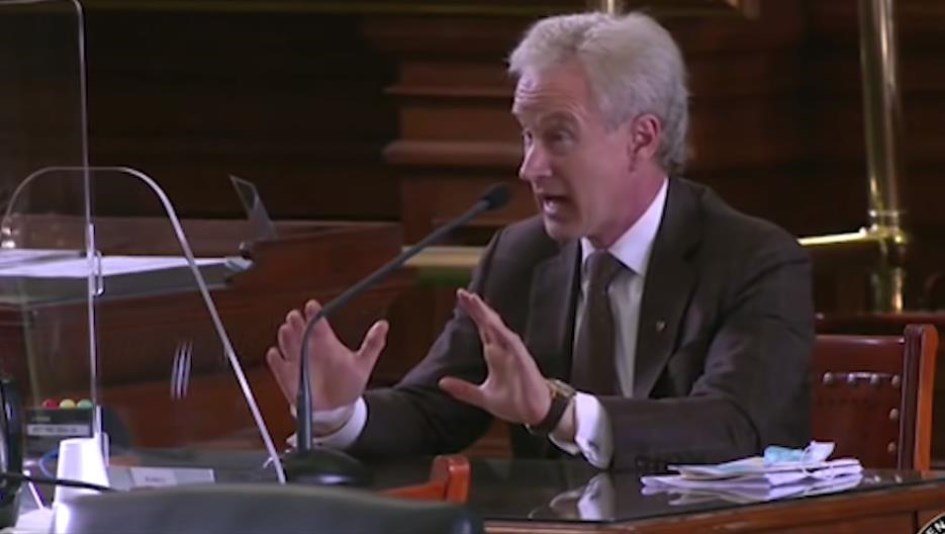 Covid-19: the great malpractice case in the history of medicine
US expert Peter McCullough denounces that the complete absence of protocols for early and outpatient treatment of the infection led to a frightening number of hospitalizations and deaths that could have been avoided. He explains why vaccine programs need to be stopped....

Covid-19: "This is not a conspiracy theory, it is a conspiracy".
Interview with Dr. Vladimir Zelenko, the harshest critic of the pandemic. After developing a protocol that saved thousands of patients, he explains why vaccines against this virus are not only unnecessary but a "poison"...

Each speaker in turn explained the treatments used and the results achieved. The undisputed common denominator they insisted on, and which is of critical importance, is the early initiation of treatment.

In this sense, the meeting also provided the opportunity to release a statement written by health professionals denouncing that “thousands of people have died of covid because they were denied early treatment that could save their lives.”

Dubbed the “Rome Declaration,” the document is a “call from physicians who fight every day for the right to treat their patients and for the right of patients to receive these treatments without fear of interference, reprisal or censorship from the government, the pharmaceutical industry, drug companies and major technology companies.” Read here.

“We demand that these groups step aside and respect the sanctity and integrity of the doctor-patient relationship, the fundamental maxim of ‘First, do no harm,’ and the freedom of patients and physicians to make informed medical decisions. Lives depend on it,” explain the authors of the text, which as of yesterday has already been endorsed by more than 9,100 physicians and scientists from around the world.

Among the recitals, the statement highlights that public policy makers have chosen to force a “one-size-fits-all” treatment strategy, which results in unnecessary illness and death, rather than advocating the fundamental concepts of the individualized and personalized approach to patient care, which has been proven to be safe and more effective.

They also remark that physicians are increasingly discouraged from engaging in open professional discourse and the exchange of ideas about new and emerging diseases, not only jeopardizing the essence of the medical profession, but more importantly and more tragically, the lives of patients.

Political interference in the Practice of Medicine

Among the Declaration’s resolutions, the physicians and scientists emphasize that political meddling in the practice of medicine and the doctor-patient relationship must end. “Physicians and all professionals who provide medical care must be free to practice the art and science of medicine without fear of reprisal, censorship, defamation or disciplinary action, including possible loss of licensure and hospital privileges, loss of insurance and interference by government entities and organizations, which also prevent us from caring for patients in need,” they say, adding: “More than ever, the right and ability to exchange objective scientific findings that improve our understanding of disease must be protected.

Another aspect advocated by the document is that physicians must defend their right to prescribe treatment, observing the ‘first do no harm’ principle. “Physicians should not be restricted from prescribing safe and effective treatments. These restrictions continue to cause unnecessary illness and death. Patients’ rights, after being fully informed about the risks and benefits of each option, must be restored to receive those treatments,” they point out.

The Declaration invites the world’s scientists, experts in biomedical research and defenders of the highest ethical and moral standards, to insist on their ability to conduct and publish objective and empirical research without fear of reprisals to their careers, reputations and livelihoods.

Similarly, patients, who believe in the importance of the physician-patient relationship and the ability to be active participants in their care, are invited to demand access to science-based medical care.

The work and exchange of experiences of physicians and scientists who did not allow themselves to be defeated by official tyranny, together with initiatives such as this Declaration, seem to be today the signs that show which is the way out to recover the freedom and life we had before March 2020.