“You can’t do that to the children”. Rapid and self-tests for the youngest: The Nordkurier spoke with child and adolescent psychotherapist Dr. Helene Timmermann about the controversial proposals of the Federal Ministry of Health.

On Friday, Minister President Manuela Schwesig (SPD) announced that the state of Mecklenburg-Western Pomerania has ordered two million coronavirus self-tests, which could be used in schools as early as Monday. Initially, teachers and educators are to undergo the quick tests directly in the institutions – but regular compulsory testing for pupils is also planned. Here.

In a joint statement by four leading professional associations, paediatricians and adolescent doctors were critical of the issue, describing the underlying proposals from the department of Federal Health Minister Jens Spahn (CDU) as “not justified and appropriate”. Among other things, because it has not been proven to date that outbreaks of infection originating from infected schoolchildren are a relevant “motor” of the pandemic. This assessment was recently confirmed by the Robert Koch Institute (RKI).

Now other experts are expressing concern about the planned mass tests at schools. The Nordkurier spoke with child and adolescent psychotherapist Dr. Helene Timmermann – she is chairwoman of the VAKJP, the largest professional and specialist association of analytical child and adolescent psychotherapists in Germany. She works in her own practice in Hamburg. 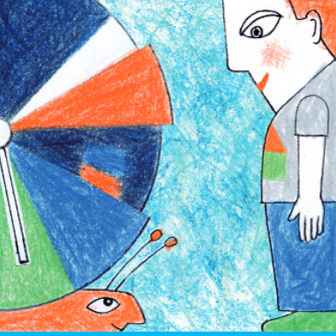 Dr. Timmermann, in order to be able to participate in face-to-face classes, children and adolescents will soon be required to use quick tests and self-tests at school. As a specialist therapist, what do you think of these plans?

“I’m very skeptical. How are elementary school students, for example, going to test themselves? Some will take it very seriously, some will get a kick out of it. I don’t think you can put much stock in the results. What if a test comes back false-negative, a student is infected, and then infects others in the school day? That’s going to cause remorse in a lot of kids and teens – that they’ve made others sick and harmed them. I think that’s unconscionable.”

Would a constant testing routine have a direct impact on the psyche of children and young people?

“Of course. The fear of being sick and infected inevitably becomes a daily companion. And also the fear of having infected others, which is probably worse for many children. “I did something wrong and as a result others have been harmed, there will have consequences”. There can be feelings of guilt if, for example, parents or grandparents have become ill as a result. You can’t do that to children.”

How could we do better?

“It would make quite a difference if these tests were done at home and for younger children by their parents or another adult they have confidence in. For example, on Sunday evening or Monday morning before school starts again. For elementary school students, there is a huge difference between having to test themselves in the school building and having a parent do it at home in a protected environment. Most importantly, I am in favor of vaccinating teachers and other school staff as soon as possible. It shouldn’t be started with the kids, it should be started with the adults.”

What could be the long-term consequences of children and adolescents perceiving themselves as potential threats to the health of their peers through repeated testing and mandatory masking?

“There will be significantly more anxiety disorders and obsessive-compulsive disorders in the future. It’s starting to happen now: Parents are calling and saying, ‘My child has always been anxious and withdrawn, but now it’s dramatic, we can’t take it anymore.’ There could also be more kids reacting aggressively – especially if there’s also a lack of physical exposure in lockdown.”

What are the real consequences for teenagers growing up in a context of confinement, masks, distance rules and soon, probably, compulsory testing?

“In any case, they do not experience a normal puberty. They grow up in a time that is hostile to the body – and this in a phase of life in which physicality and becoming familiar with the changing body are so important. It’s about testing out how you look to others, how it feels to have physical contact, where the boundaries are. These things usually need to be tried out during puberty. But closeness with fellow humans is currently considered dangerous.”

But many teenagers still find the way…

“That’s right! There was a lot going on in the parks when the weather was so nice the other day. But then here in Hamburg, the police came right away and checked. One teenager was even chased by a patrol car because he wasn’t wearing a mask. In the first Lockdown, a girl told me that she and his friend hid behind a park bench from a policewoman. They were spotted, but the officer let them both go. That was a nice story. But the negative consequences are still obvious: The actually normal and exciting things of puberty are linked with fears and a guilty conscience.”

As an expert, how do you assess the policy measures as a whole with regard to children and young people?

“I have the impression that many strategies have been developed by adults who have nothing to do with children and think in medical terms: there is a focus of infection that needs to be defused. If you have children yourself or have a lot of contact with children, you tend to think about what the measures will do to young people in the long term. Not just physically, but psychologically. There is too much scaremongering, especially in relation to nurseries and schools. I don’t think it’s okay or justified. We should be protecting children from this.”