Let’s travel back in time to March of 2020, when predictions of mass death related to the new coronavirus started to gain currency. One study, conducted by Imperial College’s Neil Ferguson, indicated that U.S. deaths alone would exceed 2 million.

The above number is often used, even by conservatives and libertarians, as justification for the initial lockdowns. “We knew so little” is the excuse, and with so many deaths expected, can anyone blame local, state, and national politicians for panicking? The answer is a resounding yes. 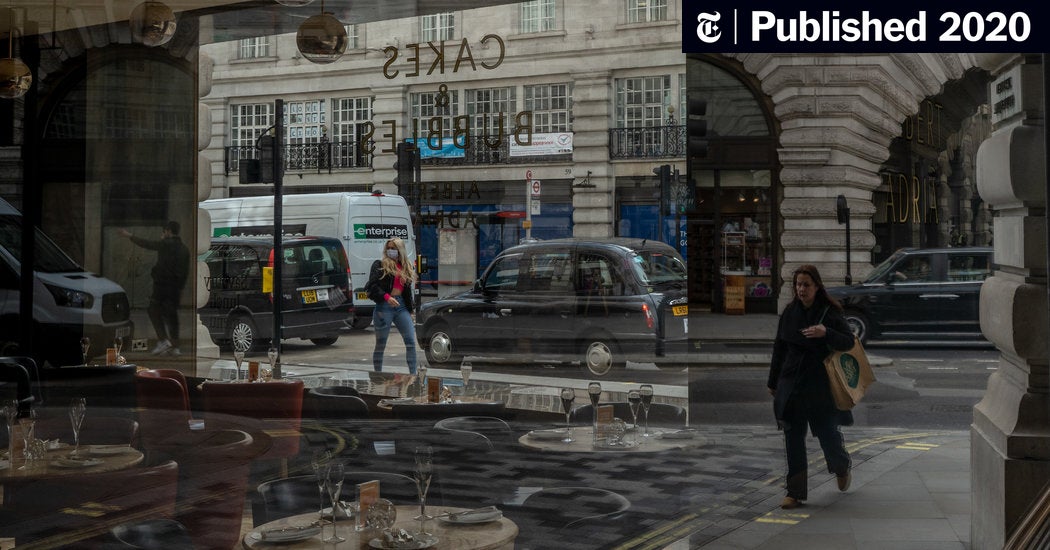 Behind the Virus Report That Jarred the U.S. and the U.K. to Action (Published 2020)
It wasn’t so much the numbers themselves, frightening though they were, as who reported them: Imperial College London.

To see why, imagine if Ferguson had predicted 30 million American deaths. Imagine the fear among the American people then—which is precisely the point: The more threatening a virus is presumed to be, the more superfluous government force is. Really, who needs to be told to be careful if a failure to take precautions could reasonably result in death?

Death predictions aside, the other justification bruited in March of 2020 was that brief lockdowns (two weeks was the number often thrown around) would flatten the hospitalization curve. In this case, the taking of freedom allegedly made sense as a way of protecting hospitals from a massive inflow of sick patients that they wouldn’t have been able to handle, and that would have resulted in a public health catastrophe.

To which some will reply with something along the lines of “Not everyone has common sense. In truth, there are lots of dumb, low-information types out there who would have disregarded all the warnings. Lockdowns weren’t necessary for the wise among us; rather they were essential precisely because there are so many who aren’t wise.” Actually, such a response is the best argument of all against lockdowns.

Indeed, it cannot be stressed enough that “low information” types are the most crucial people of all during periods of uncertainty. Precisely because they’ll be unaware of, misunderstand, or reject the warnings of the experts, their actions will produce essential information that the rule-followers never could. In not doing what the allegedly wise among us will, low information citizens will, by their contrarian actions, teach us what behavior is most associated with avoidance of sickness and death, and more important, what behavior is associated with it.

One-size-fits-all decrees from politicians don’t enhance health outcomes as much as they blind us to the actions (or lack thereof) that would protect us the most—or not. Freedom on its own is a virtue, and it produces crucial information.

But wait, some will say, “how elitist to let some people act as Guinea Pigs for the rest of us.” Such a statement is naïve. Heroin and cocaine are illegal, but people still use both. Thank goodness they do. How could we know what threatens us, and what doesn’t, without the rebellious?

Still, there’s the question of “elitism.” The lockdowns were the cruelest form of elitism, by far. The implication of the lockdowns was that those who had the temerity to have jobs that were destinations—like restaurants and shops—would have to lose them. The lockdowns destroyed tens of millions of destination jobs, destroyed or severely impaired millions of businesses, not to mention the hundreds of millions around the world who were rushed into starvation, poverty, or both as a consequence of nail-biting politicians in countries like the U.S. that chose to take a break from reality. Talk about elitist actions. The very idea of wrecking the economy as a virus-mitigation strategy will go down in history as one of the most abjectly stupid policy responses the world has ever endured.

Freedom is Essential for Economic Growth

In the 19th century, a broken femur brought with it a 1 out of 3 chance of death, while those lucky enough to survive the break had only one option: amputation. A child born in the 19th century had as good a chance of dying as living. A broken hip was a death sentence, cancer most certainly was, but most didn’t die of cancer because tuberculosis and pneumonia got them first.

So what happened? Why don’t we get sick or die as easily as we used to? The answer is economic growth. Business titans like Johns Hopkins and John D. Rockefeller created enormous wealth, only to direct a lot of it toward medical science. What used to kill us became yesterday’s news.

Even though freedom is its own wondrous virtue, even though freedom produces essential information that protects us, and even though free people produce the resources without which diseases kill with sickening rapidity, panicky politicians erased it in 2020 on the supposition that personal and economic desperation was the best solution for a spreading virus. Historians will marvel at the abject stupidity of the political class in 2020.